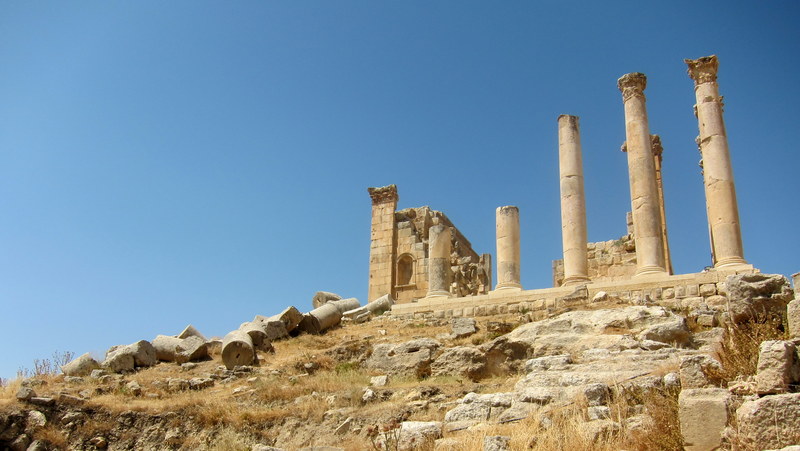 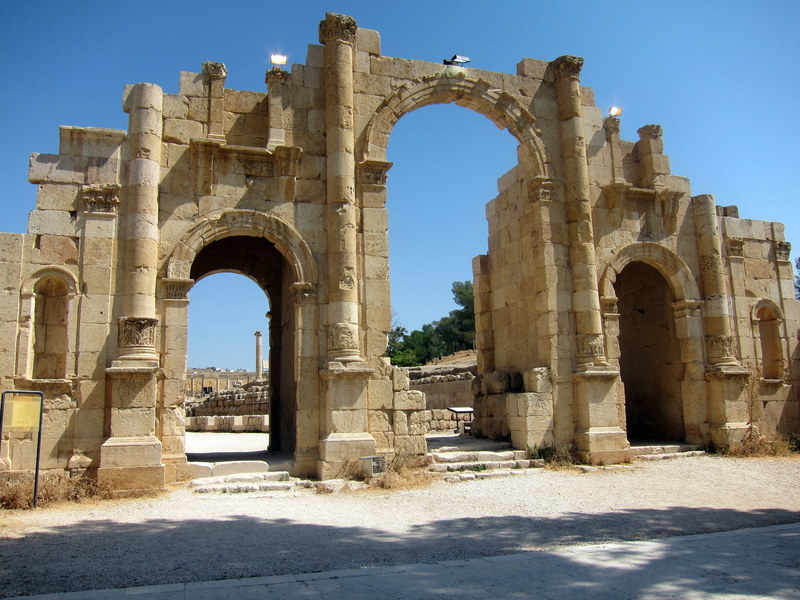 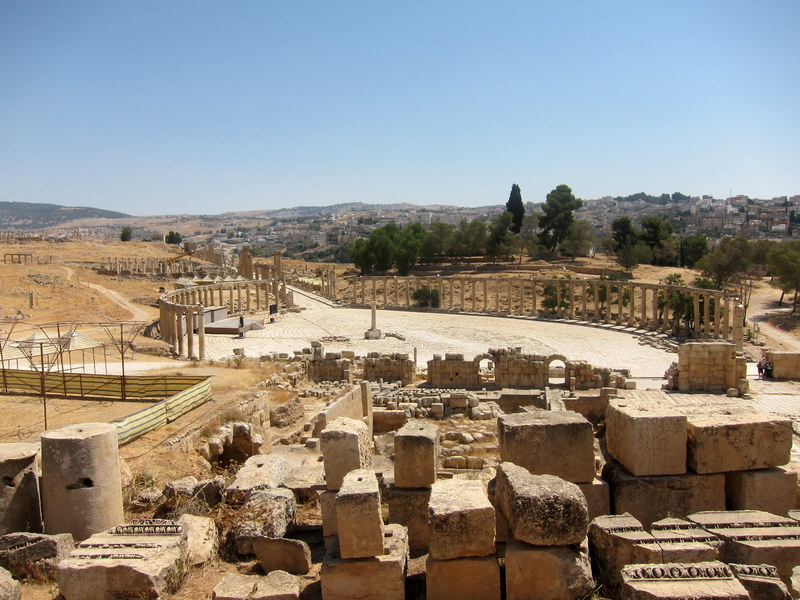 Here’s an overview of a small portion of the site. It’s both well preserved and restored, as much of the city was destroyed by an earthquake in the eighth century. You can even pay to see chariot races in the hippodrome, although I did not. 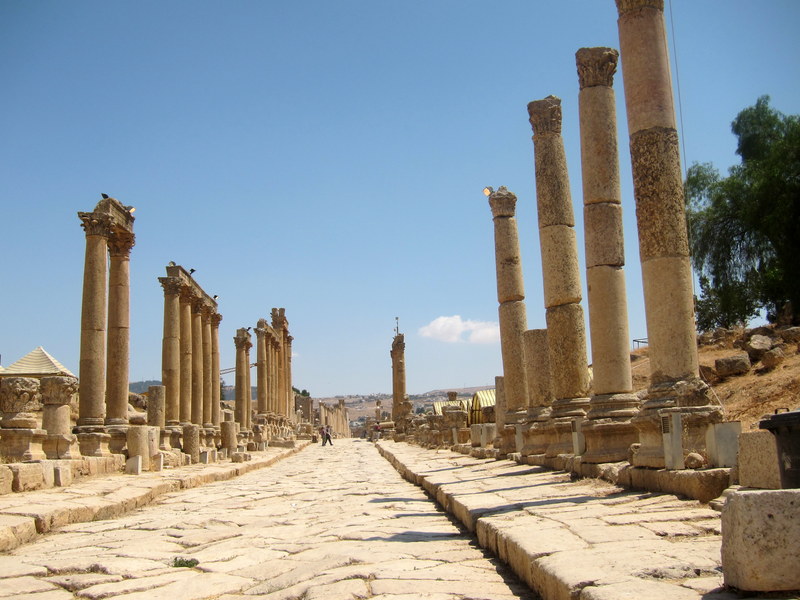 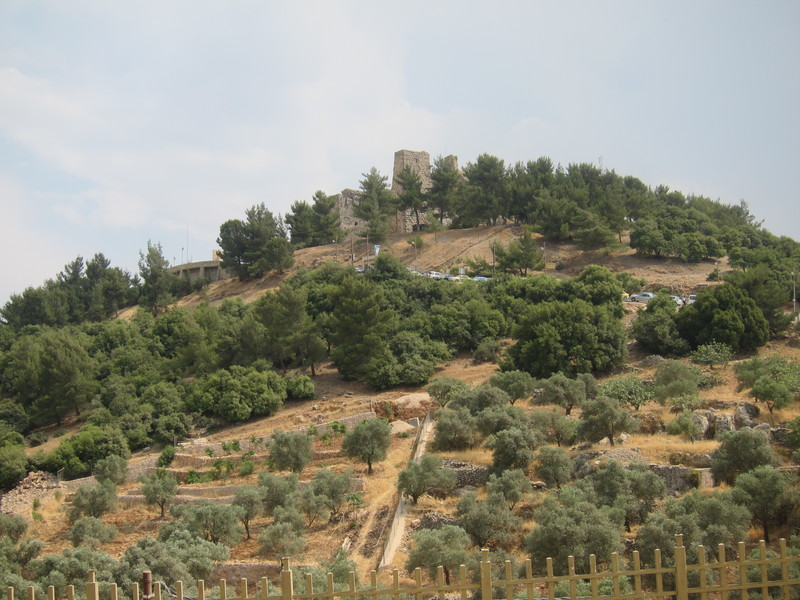 We next took the bus to Aljoun Castle — a massive Ayyubid fortress on Jabal Auf. The castle was built by the nephew of Saladin to protect the Jordan valley from Crusader attacks. Apparently the castle was still used by Ottoman forces until the 18th or 19th century. 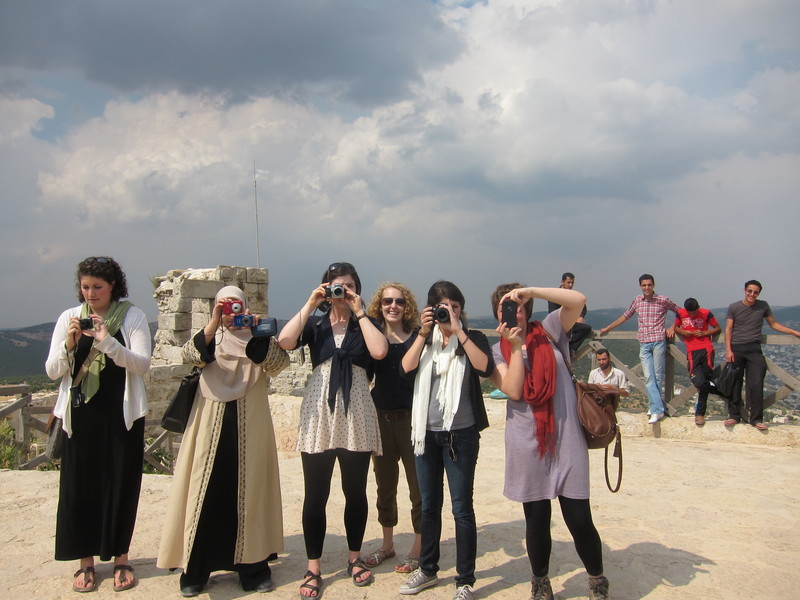 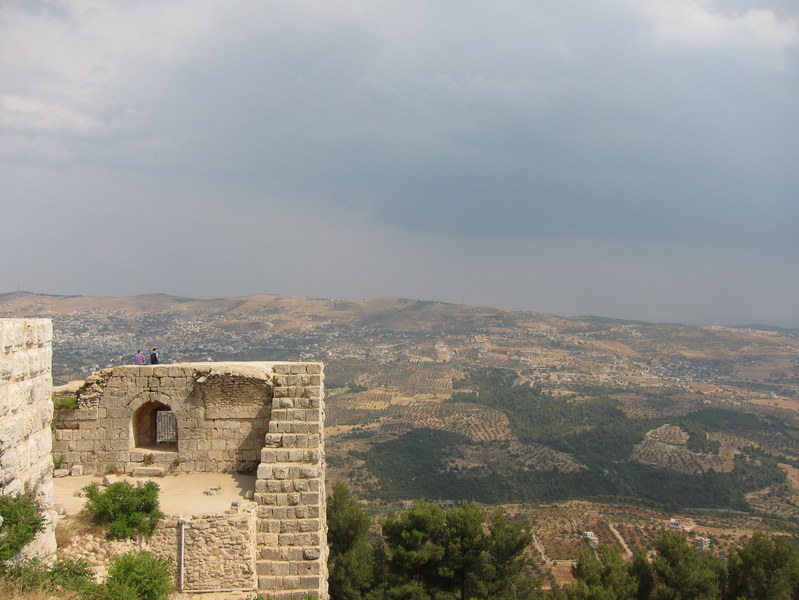 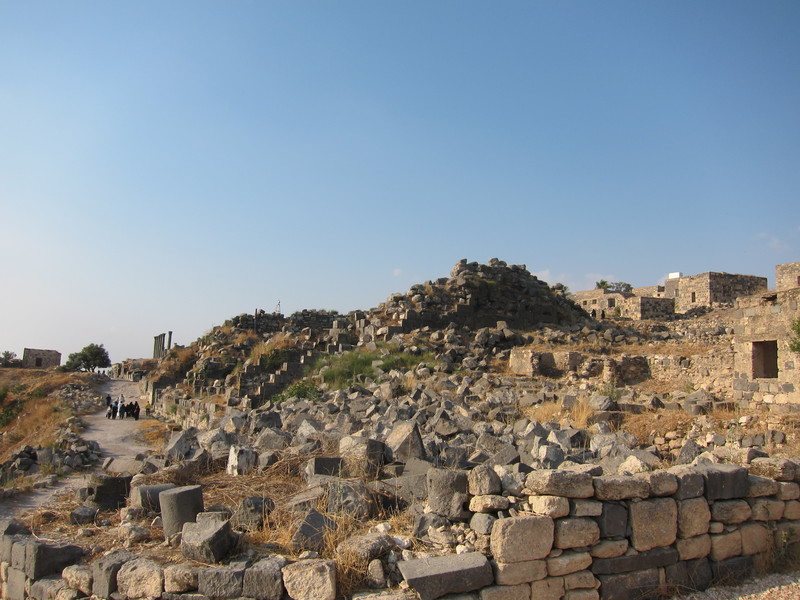 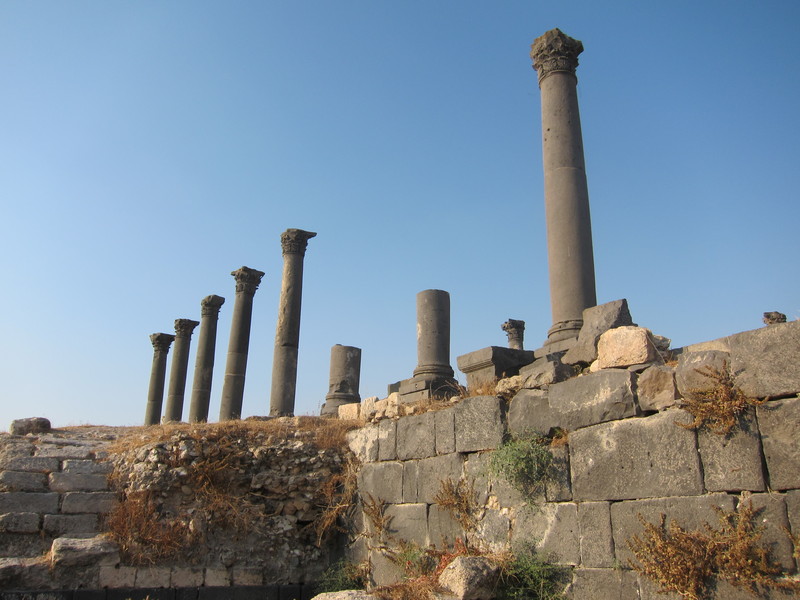 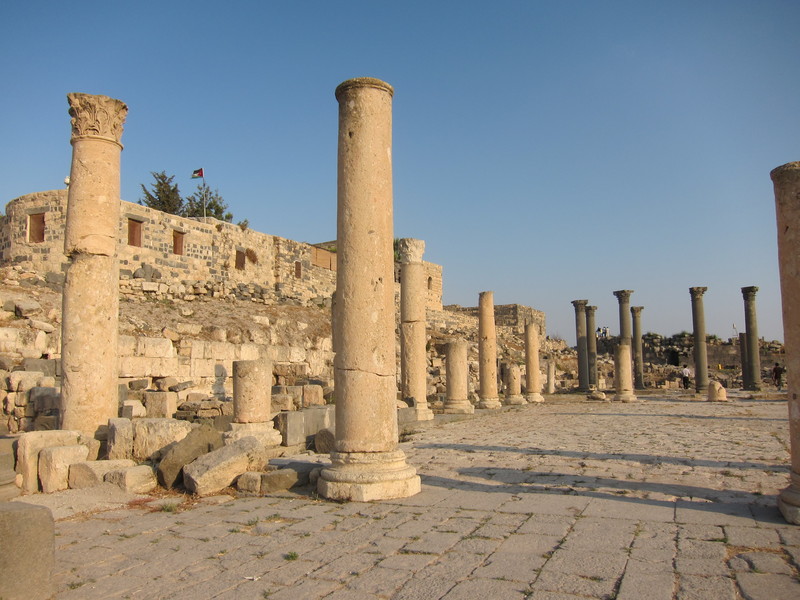 We ate dinner at a restaurant at the top of the ruins at Umm Qais. From these hills you can see Syria, Israel, and the Golan Heights. The Sea of Galilee is on the left here, and at the top of the hills on the right is the Golan. It’s a really beautiful view. If had been brighter we might have even been able to see the mountains between Israel, Lebanon, and Syria.

Tomorrow and Friday night I’ll be staying with a Bedouin family near Mafraq in Northern Jordan. That will be different, to say the least.