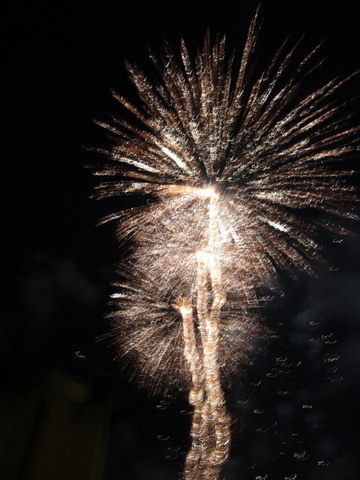 It's been a while since I've posted anything — I even have emails from my parents to prove it. I've been busy and lazy and haven't done much, so I never got around to writing. 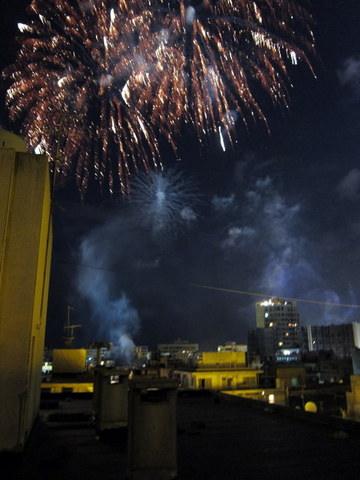 They launched more fireworks for the end of the Hamra Street Festival last Sunday, so I took more pictures from the roof. I didn't bother with my camera's fireworks mode at all this time. Instead, I fiddled with the controls until I was getting the sort of shots I wanted. 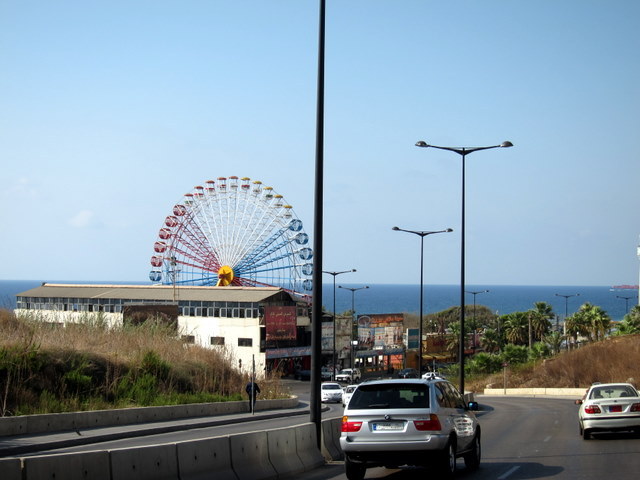 Other things I've done include running along the Corniche, which was awesome, and going to a bar in Gemmayze on a Tuesday night with a Lebanese friend of ours. That was fun (and pretty expensive), but our Lebanese friend said that I had the best accent of the lot of us, so yay. He was amused by the fact that until coming to Lebanon I've mostly studied Arabic with an Israeli professor. 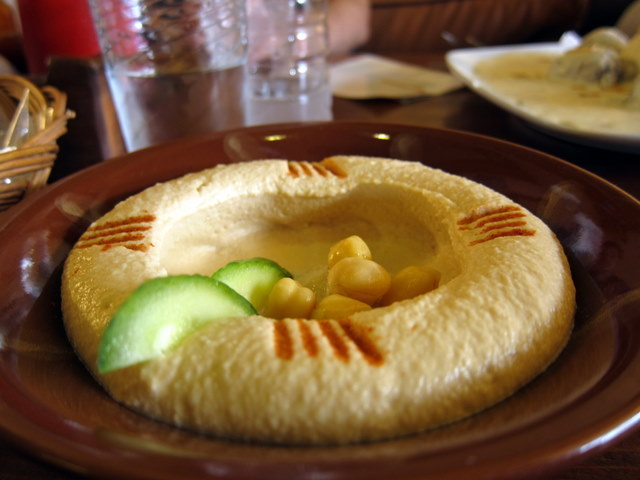 I also ate some good hummus. And had a week of classes! I still don't really like my MSA class. It's three hours long and pretty boring. We stick almost entirely to exercises and videos from the textbook and I studied this chapter already at Carleton. The professor talks very fast and uses lots of words I don't know, yet we progress very slowly. I talked to some other students and confirmed that she usually says the same thing a few different ways. I'll probably appreciate this when we move to new material, but for now, bleh. 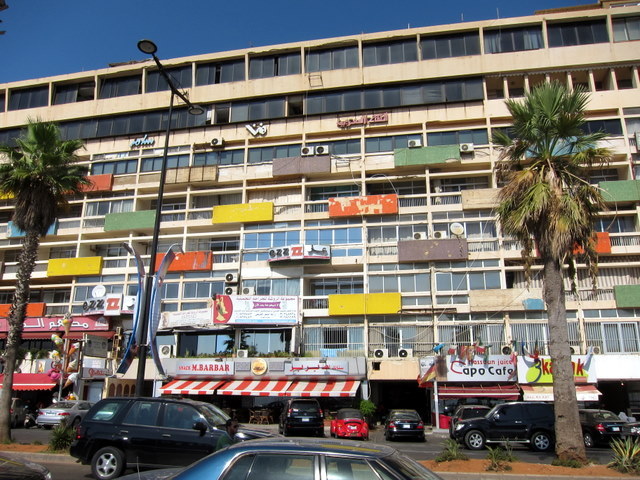 This brightly colored building on the Corniche represents how I feel about my Lebanese Dialect class. It's pretty ridiculous and entertaining, thanks largely to my fellow students. I'm definitely learning, ilHamdilla, and it's kind of fun, although the Lebanese dialect is pretty weird. It replaces the qaf sound with a hamza, replaces fii with bi, eliminates as many short vowels as possible, and I'm sort of lost on negation.

My Arabic Writing Skills professor is still completely insane and adorable. He laughs at everything and rolls his r's far longer than necessary in Arabic and English. It's a great class. My political science professor is apparently the son of a prominent Lebanese politician and more importantly, is hella smart. I've only had that class once, but I'm pretty sure it'll be interesting and awesome and cover both history and poli-sci.

I still don't have any pictures of campus, but I'll take some someday. Maybe soon, now that there are actually students on campus. Enjoy this picture of an inaccessible beach with parts of Beirut I've never been to off in the background instead. 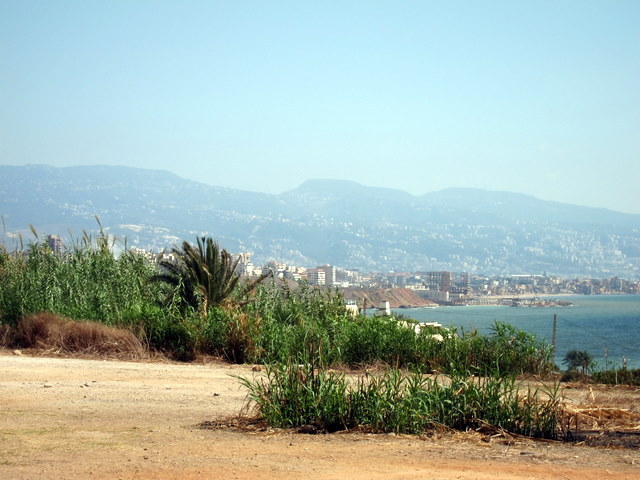 Tomorrow morning we have our first excursion. I think we're going to Byblos and some other places, but I'm not entirely sure. I'll take pictures and hopefully write something interesting. That'd be nice, right?

Also, nobody ever comments, which makes me sad. I spent too much time scouring other websites' source code to get it to display the comment count correctly for it to always be zero.