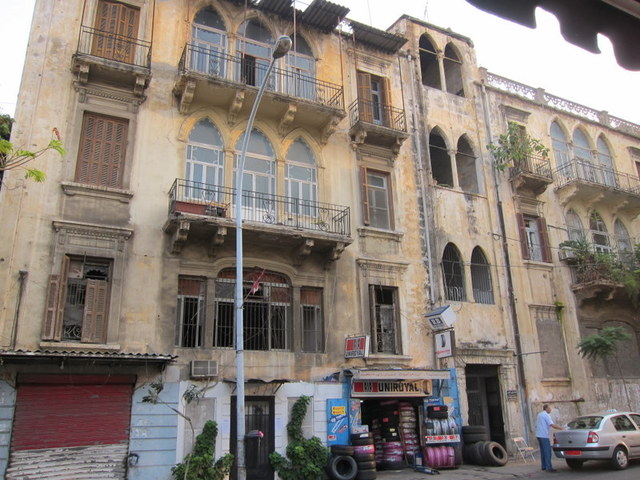 Friday afternoon I decided to walk to downtown Beirut for the first time. I figured I ought to do it then before the country erupted in Civil War. Walking too and from and around downtown took about three hours. I ended up not seeing some of the things I wanted to see because the road was closed with a police checkpoint, and I wasn't up for going through police checkpoints when political tensions were high. 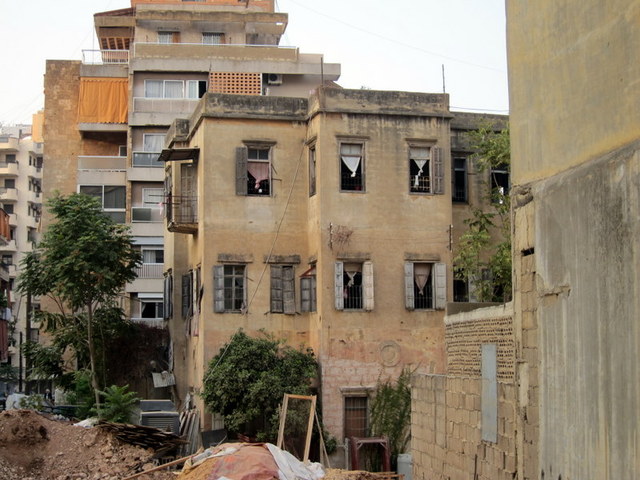 Anyways, things I did do: 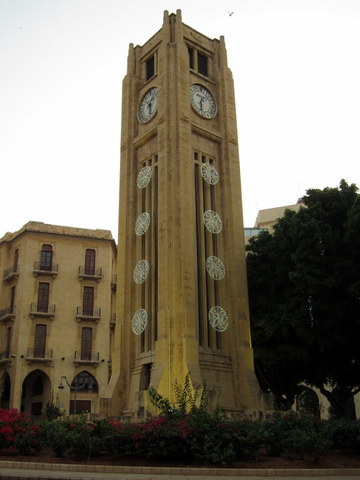 I saw the really famous clock tower in Nejmeh Square. It was built by the French I believe, and most of the buildings in the area are distinctly French-looking. The area around it is pedestrians only, which is nice. You can actually walk around without hearing cars honking at each other because driving in this country works like this: if you can fit, or can start to fit before someone else gets there, it's okay. Consequently, scooters are popular. With a scooter, you can even drive the wrong way down a one way street against traffic, past police officers, and nobody will stop you. You can even drive as fast as you want! For like 15 seconds, until you get stuck in traffic again because any street that isn't critically important doesn't have stop signs or traffic lights. This is all irrelevant though, so moving on: 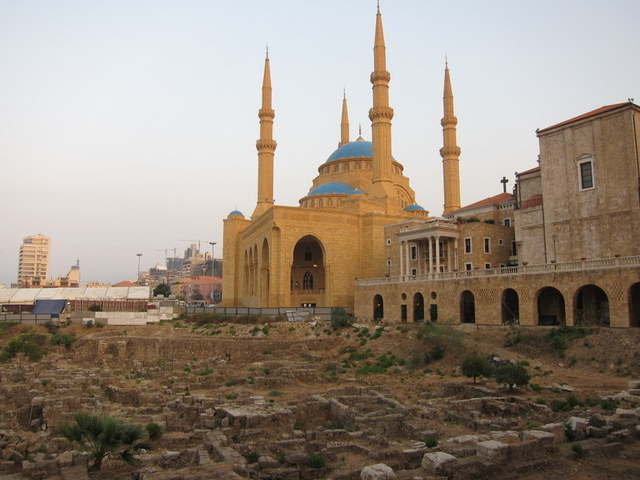 That's the Mohammed Al-Amin Mosque. It's a huge, modern mosque styled after some historic Ottoman mosque in Istanbul. It was build using Rafik Hariri's money, and consequently, he's buried beside it. You can also see some random Roman ruins in front of it. And in the following picture, you can see me in front of it! 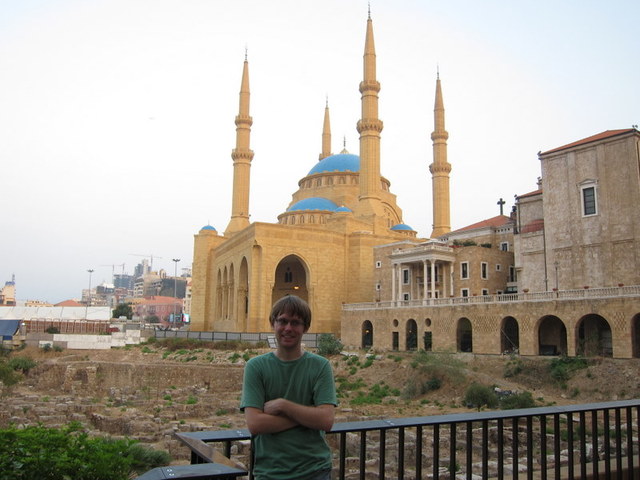 This is proof that I am still alive. Be happy. 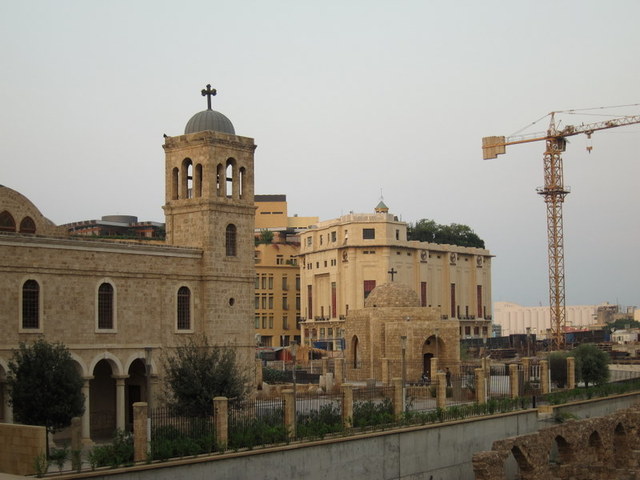 There's also a massive and historic church of some sort across from the mosque. I've been trying to find out the name or if it's Catholic or Maronite or Greek Catholic or Greek Orthodox or something else entirely, and I've found nothing. You can also see some Roman columns: 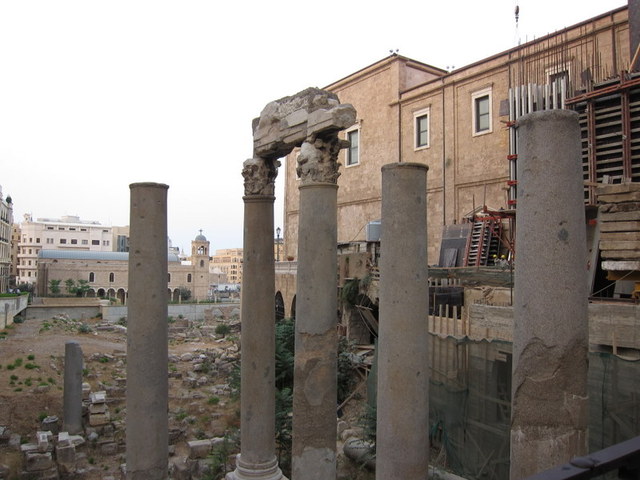 After the mosque, I walked to my actual destination: Martyr's Square. 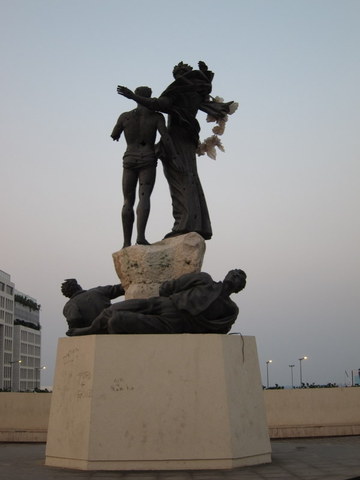 Martyr's Square is named as such because the Ottomans hung oodles of failed Lebanese revolutionaries there after World War I. There used to be more there, but now it's mostly the statue, which is ridden with bullet holes and missing limbs as a result of the Lebanese Civil War. It's also the site of massive political demonstrations, including the 2005 demonstrations that helped lead to Syria's withdrawal from Lebanon. 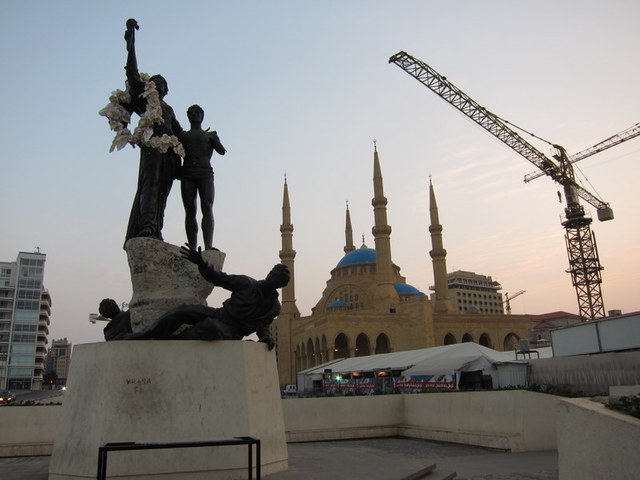 That's the statue with the mosque in the background, around sunset. It's sort of beautiful. 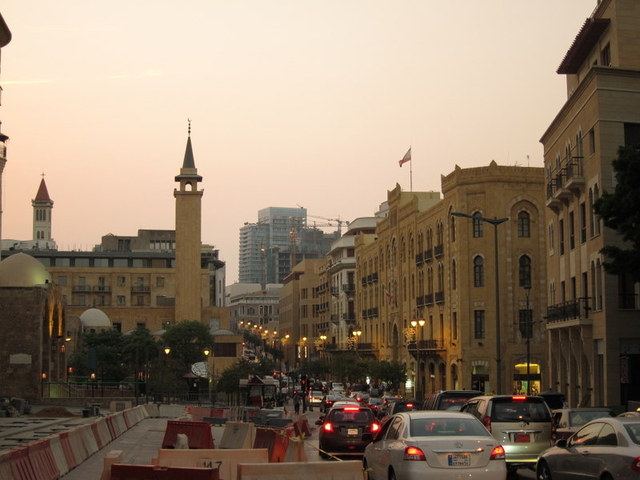 After that, I walked home along the Corniche. And the country did not erupt into violence or commit "collective suicide" over the weekend, so yay. 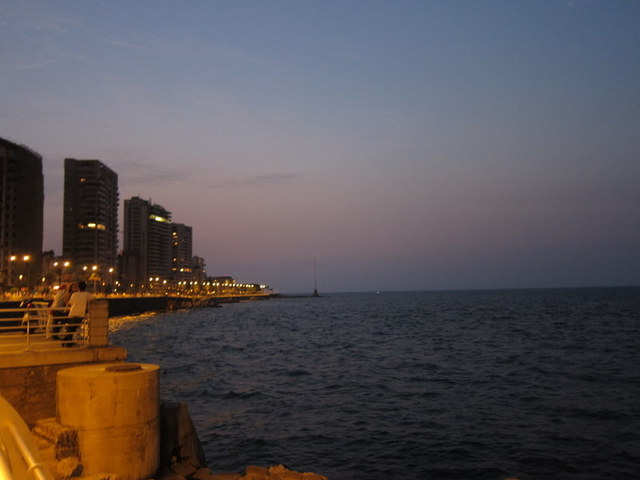