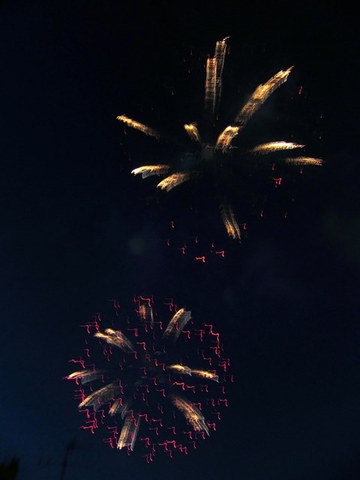 We were sitting around the apartment when we heard a sound that was either: a) a car bomb or b) fireworks. I looked out the window and saw that it was fireworks, exploding right above our building. We ran up to the roof and took loads of pictures. 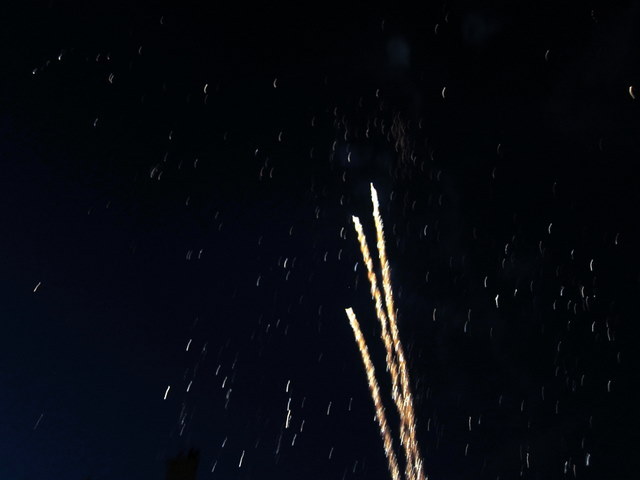 Turns out they were firing them off a block or so away from us and they were exploding right above us. Some embers even landed on the roof right next to us. 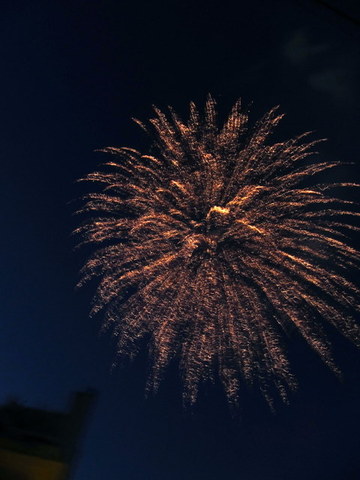 Also, I took some pictures from the roof the night before which I think are pretty cool. 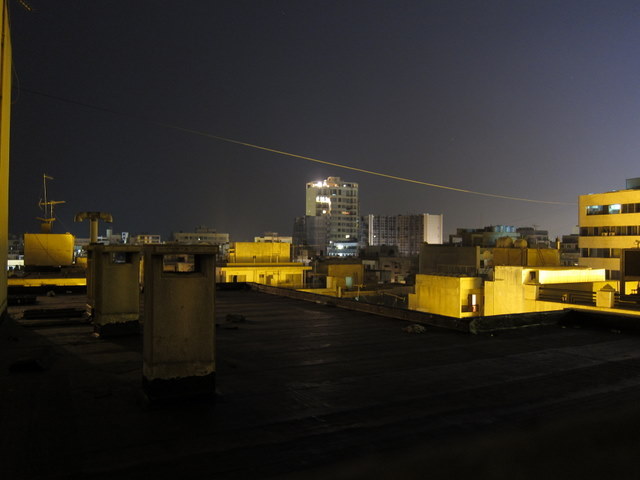 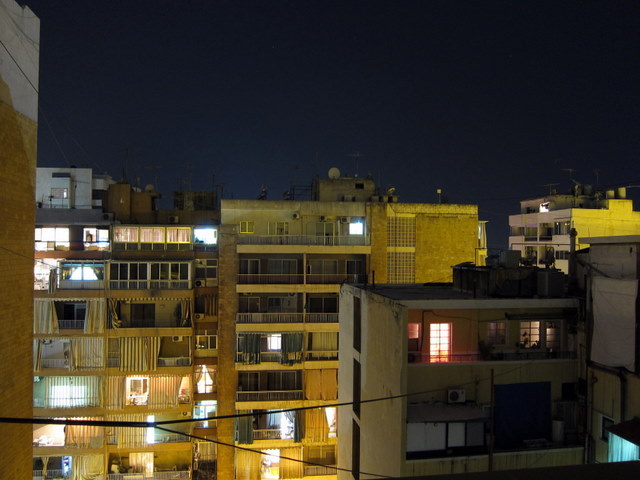