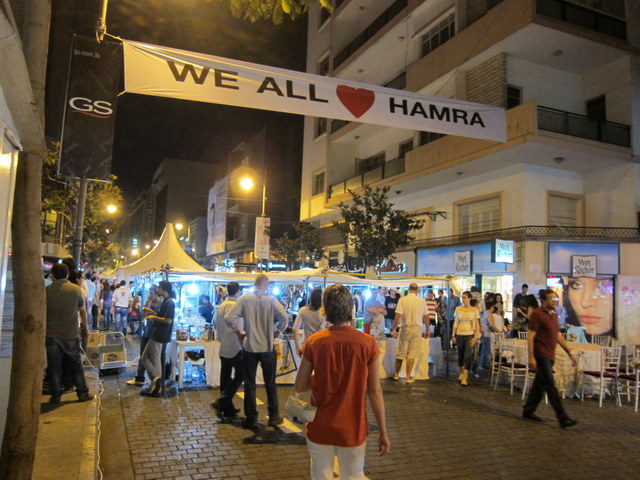 This weekend, in addition to Eid ul-Fitr, was Maraya 2010 — the Hamra Street Festival. It was neat. Hamra Street, normally packed with cars and incredibly obnoxious taxis, was instead full of tent shops and food and people and a few stages. Your typical street festival. 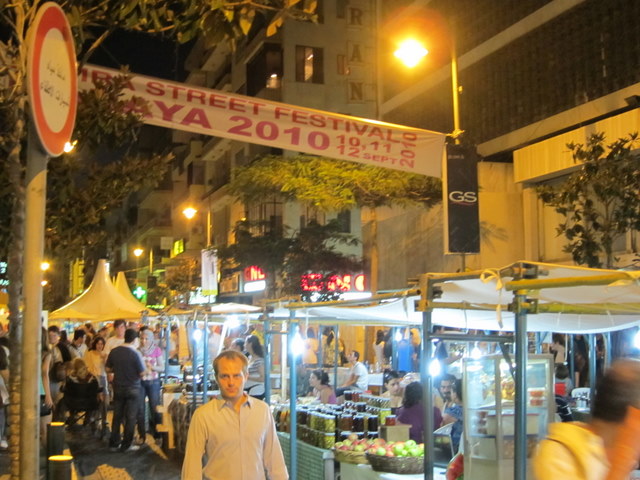 While wandering around the street festival, we saw a sign for a Jazz Club during its happy hour. Naturally, we went to the bar and paid a lot of money for a few drinks. We left for a while and wandered along Hamra some more until we decided to come back to hear the band play. 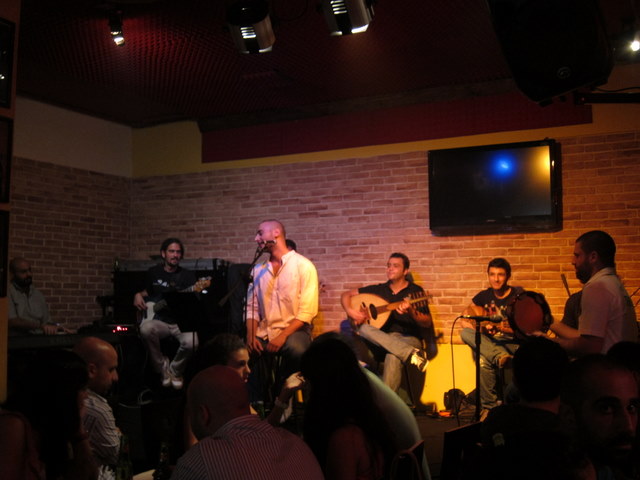 Good decision. The band was amazing. They didn't really play jazz; instead, they played some apparently well-known Arabic music. Our Lebanese and Palestinian friends told us that the songs were mostly from the 70's, during the Lebanese Civil War. The songs were largely about things like love, unity, and Lebanon. The unity part was kind of a big deal during the war. 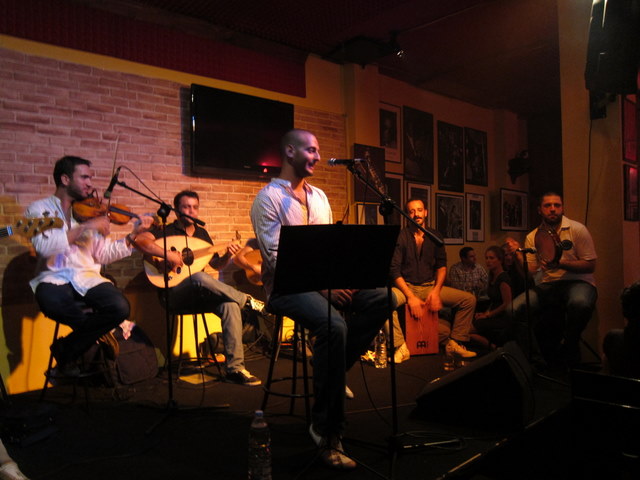 The audience was really into the band and music, including us, although we didn't understand any of the lyrics, because, uh, Arabic! It was a pretty expensive night, but definitely worth it because the band was absolutely phenomenal and it was oodles of fun. Easily the most fun I've had in Beirut so far. 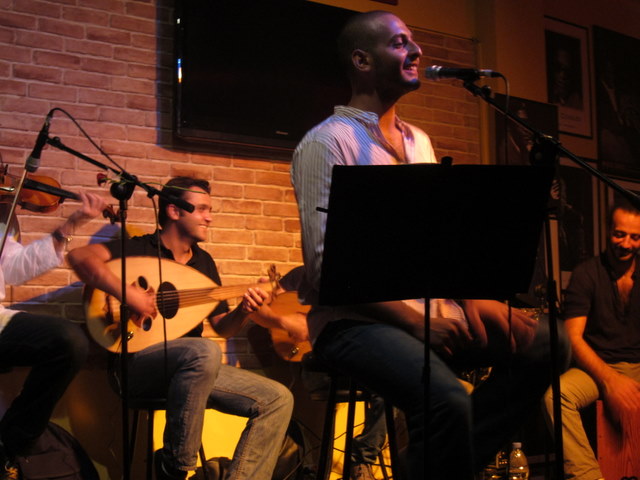