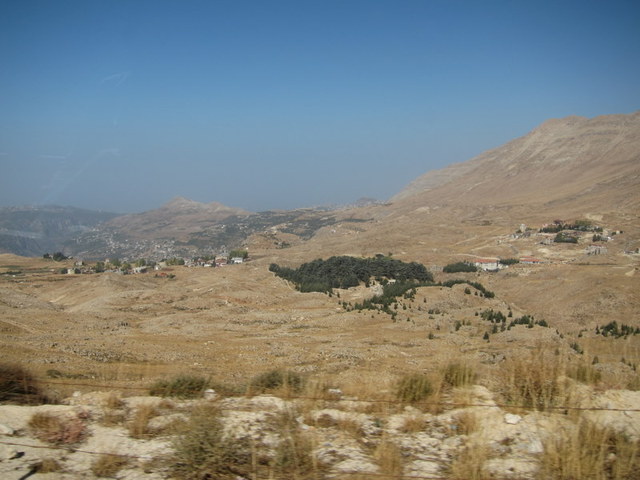 This time, I'll finally finish the expedition from 3 October. Hopefully over the next week I'll catch start catching up on everything else, but going from 400 pictures to 20 pictures is hard. The picture above is one last picture of the Cedars, taken from the bus as we drove up the mountain. 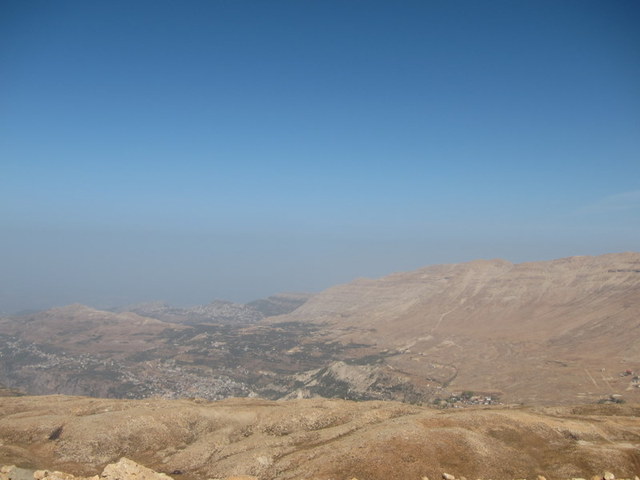 The last part of the expedition was a relatively brief (two, maybe three? hour) hike up a mountain. The picture above is the view from the start of our climb. It was spectacular. The air on the mountain, while cold, is probably the best air ever/in this country. Clean, cold, and dry. 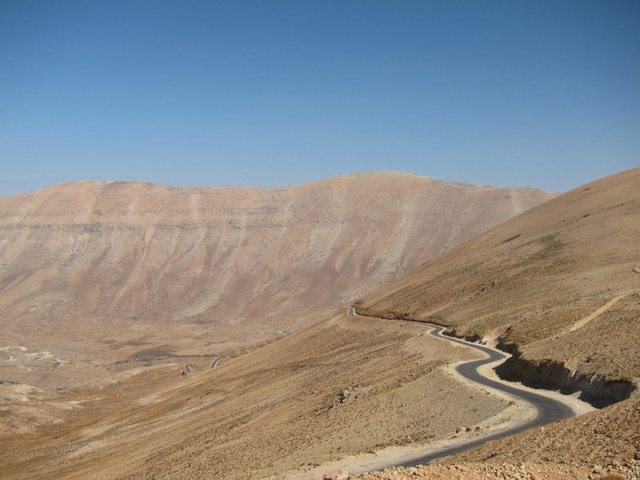 A long and winding road. 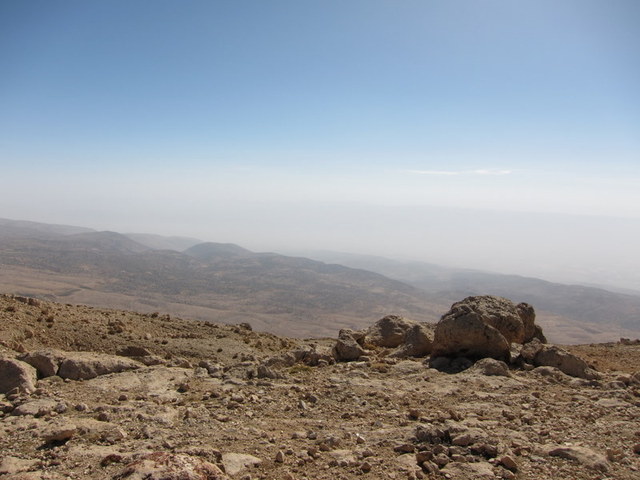 The mountain was basically a bunch of rocks. No plants except for some prickly bushes, no life except for a few bugs. Maybe all mountains are like that, who knows. I'd never been this high on one before. 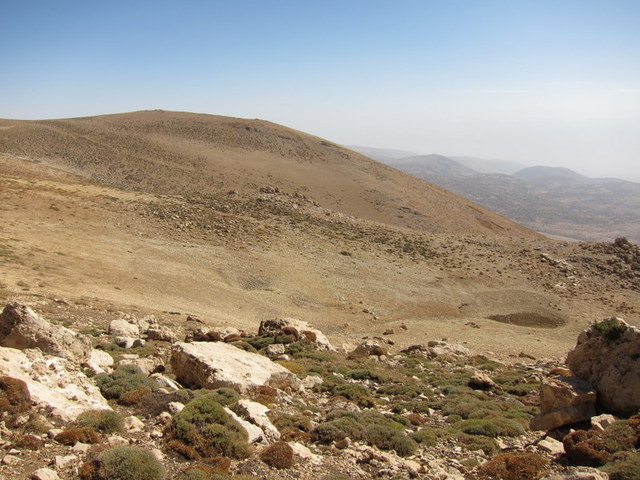 You can see lots of mountains in the distance. 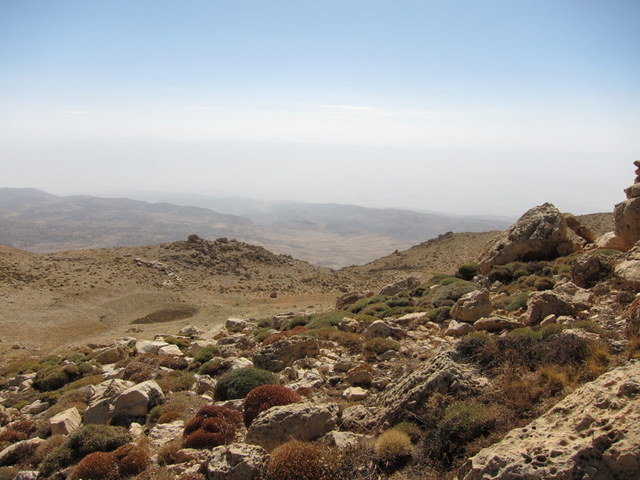 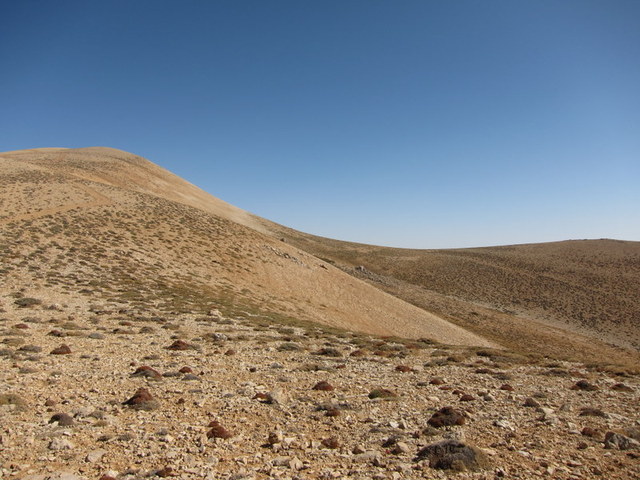 Look at those slopes. 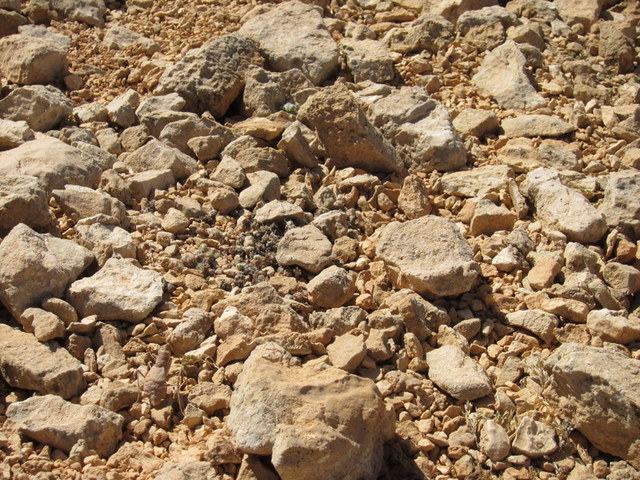 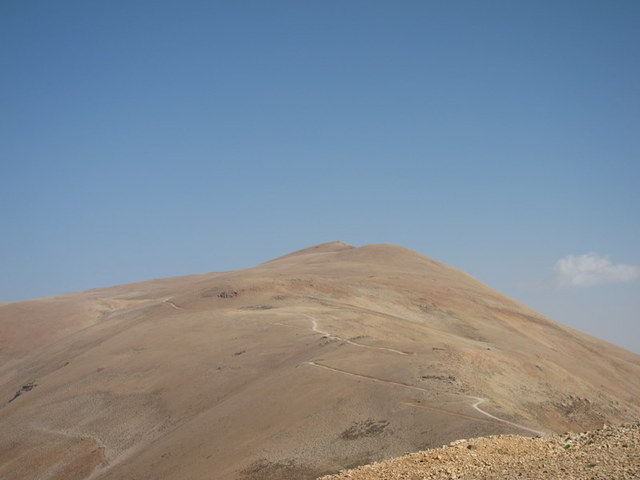 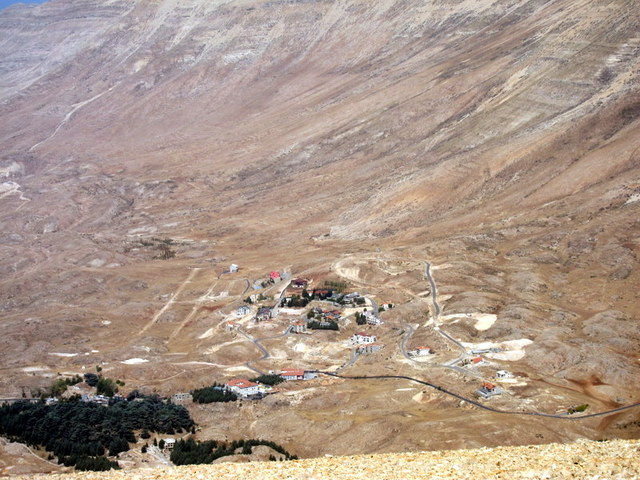 I believe this is a picture of the Kadisha Valley. The Kadisha Valley contains some of the most ancient Christian monasteries in the world. And naturally, because this is Lebanon, the valley is near being removed from the list of World Heritage sites because of construction, deforestation, noise, pollution, sewage, etc. Oh Lebanon. 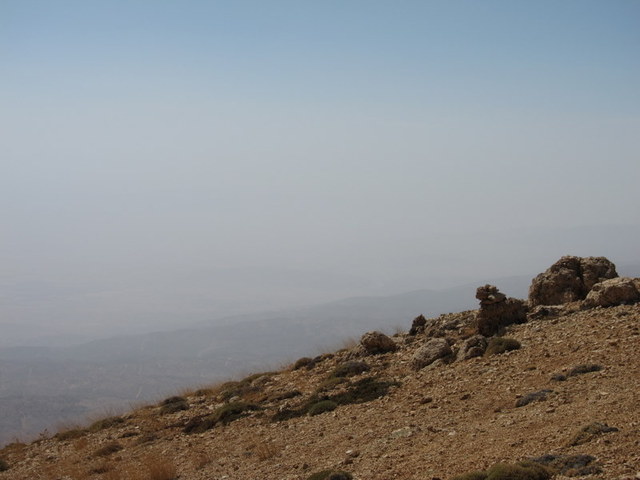 I don't really understand what's going on here to make the sky so dark. Maybe I messed up the exposure, or maybe it actually was darker. Regardless, I noticed that I seem to enjoy taking pictures of rocks. 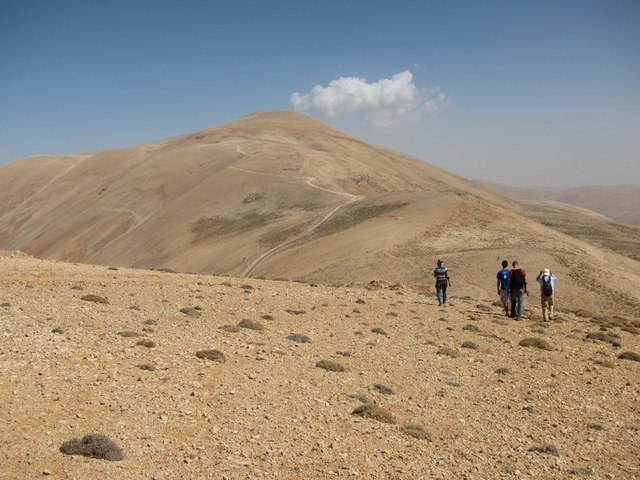 Here you can see some of my friends and our guide walking down the other side of the mountain to get back to the bus. 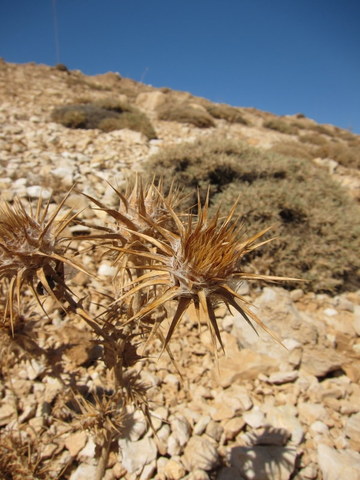 This is one of the only plants we saw on the mountain. Those nasty bushes in the background will sometimes support your weight if you step on them, and will sometimes give in and hurt like hell. 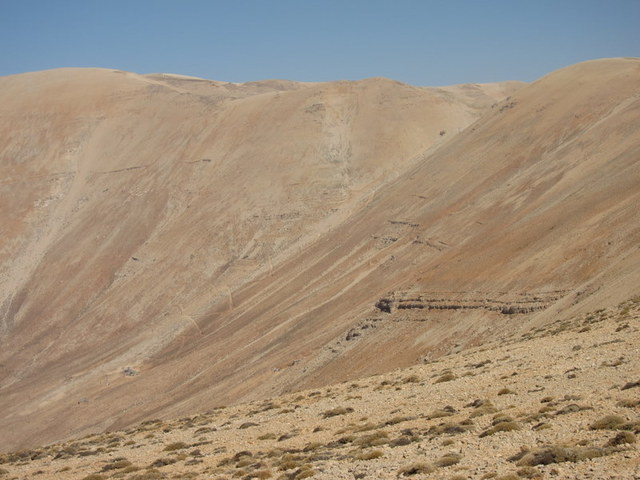 These may or may not be caves on some other mountains. 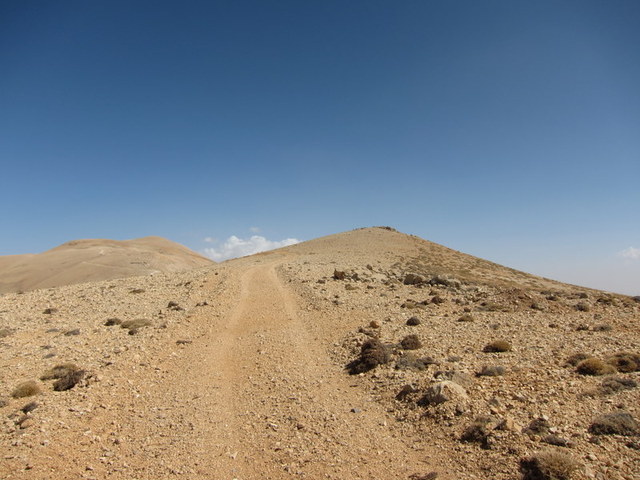 This is about as good as the path got. The path is for wimps anyways. Flailing about climbing over rocks and painful bushes is way more fun. 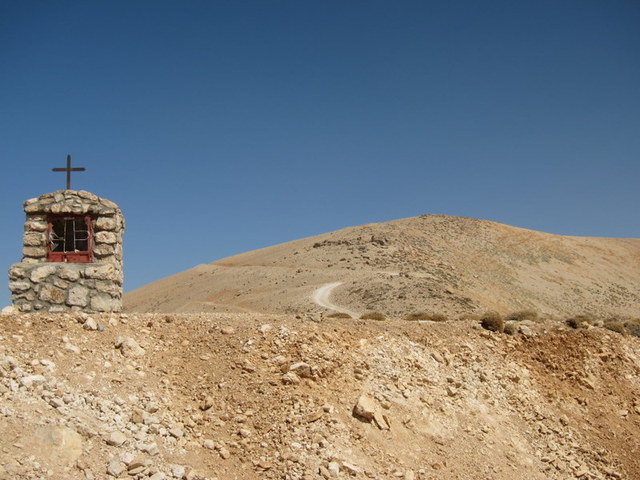 This was a good trip for pictures taken through the bus window. I got some that I really liked, this being one of them. The north of Lebanon, especially in the Kadisha Valley, is largely Christian. We saw many many churches and crosses in our drive. 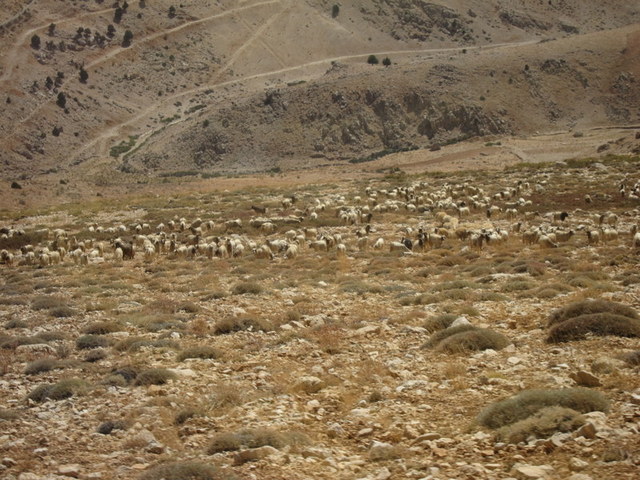 Some sheep on the side of the mountain. After we finished our hike, we ate lunch at a restaurant at the bottom. The next two pictures are various views from behind the restaurant. 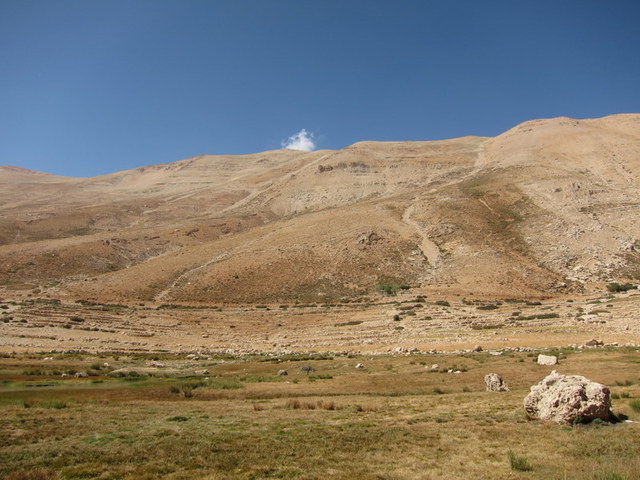 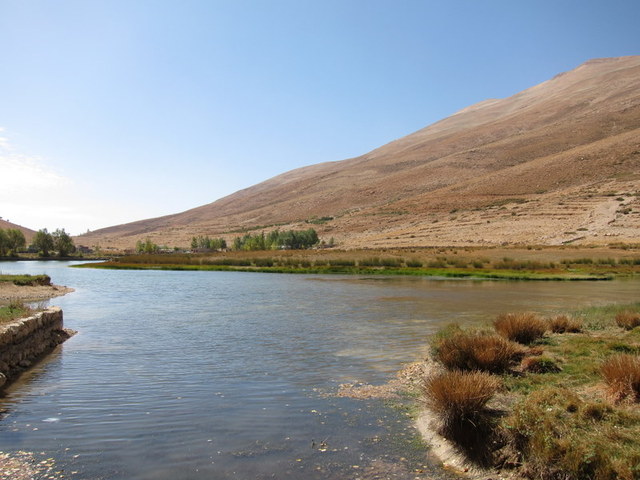 The restaurant was phenomenal. I think I ate more food there than I've ever eaten in a single sitting before. They started us off with hummus, some salads, vegetables, and french fries. We ate enough of this under the impression that it was our meal. Not so. After some time during which we wandered around the field behind the restaurant, they brought us tons of meat, and after the meat, fruit.

A substantial amount of our food was probably produced at the restaurant. Cheese came from the donkey pictured, the fish were caught at the lake in front, and more things probably came from nearby. 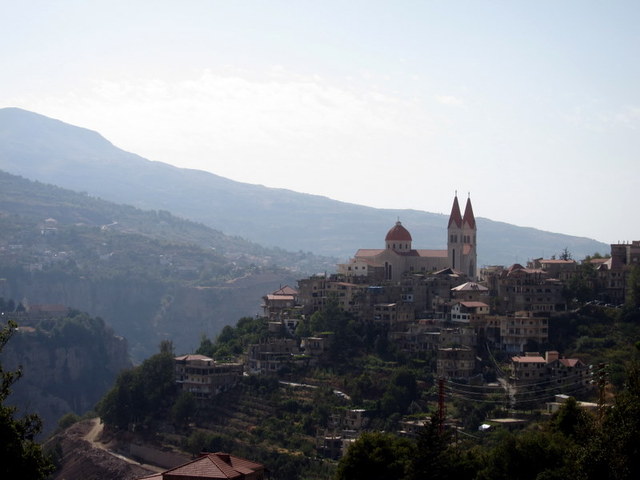 After lunch, we drove to the Gibran Khalil Gibran museum in Bhsarri. They didn't allow pictures inside the museum, so instead I have pictures of the town. The museum was pretty neat. It turns out that Khalil Gibran was a painter and artist in addition to the poems and essays that he's better known for, and the museum consisted largely of his paintings. 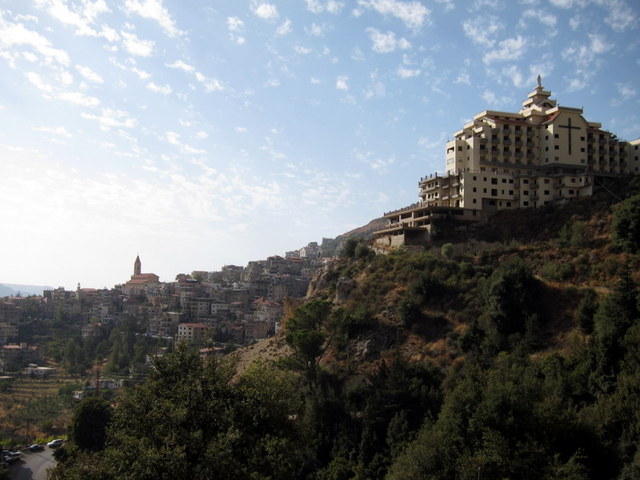 His hermitage was really cool though. I'd love to live in a house built into a massive cavern/cave, as long as it's as nice as that.

Finally, one more picture of some rocks. Next time I'll be posting pictures from our trip to Chouf, Walid Jumblatt's palace, Beiteddine, and Baalbak. It might take more than one entry, but I'll try and be quicker this time. 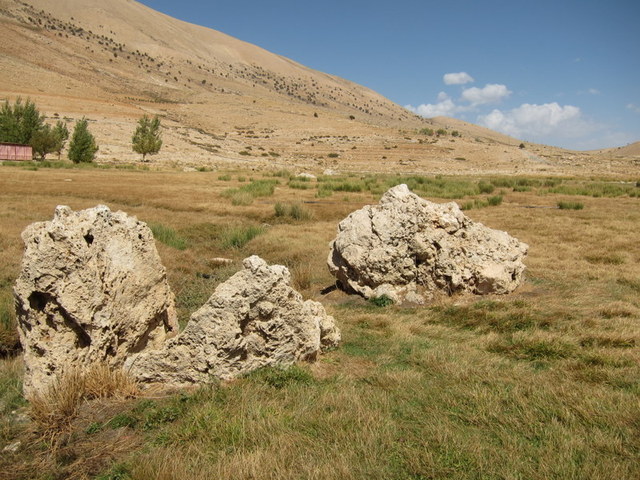