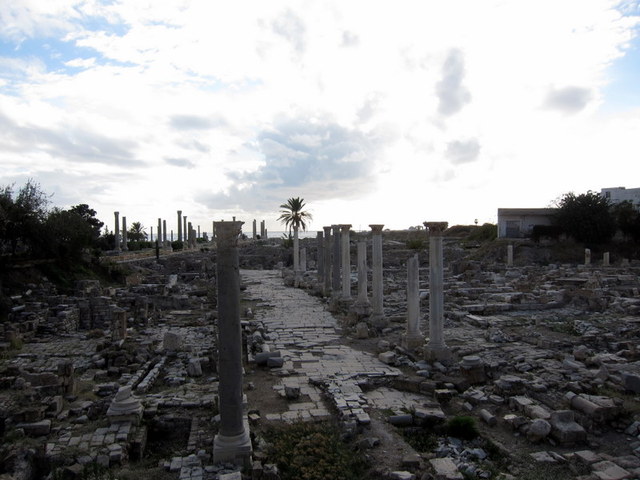 After Saida and the Hizballah museum, we went to Tyre, also known as Sur. Tyre, like Saida, is one of the first Phoenician cities, and was known for its production of comically expensive purple dye. Tyre, unlike Saida, is largely Shi'a.

In Tyre, we did the same thing we always do: visit some ruins! 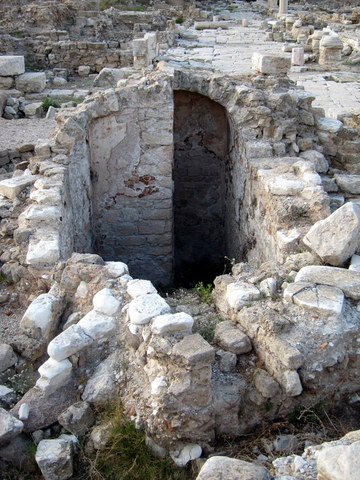 I believe the ruins at Tyre are of some sort of Roman theatre, and the site is known as al-Miina, which is Arabic for the port or harbor or something along those lines. 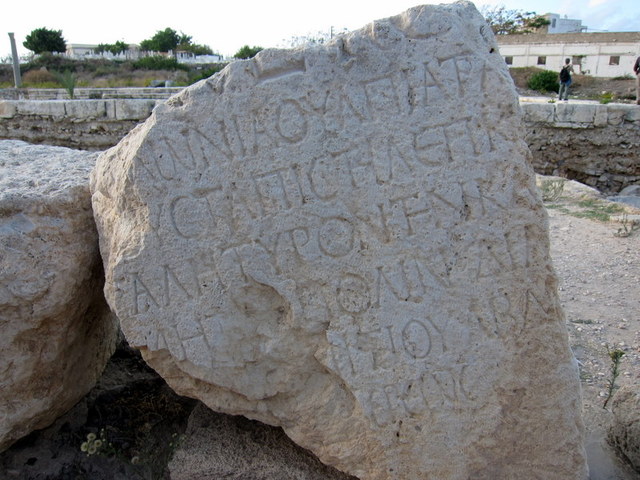 Here's some letters. Sadly, I don't know what language it is, or even what alphabet. 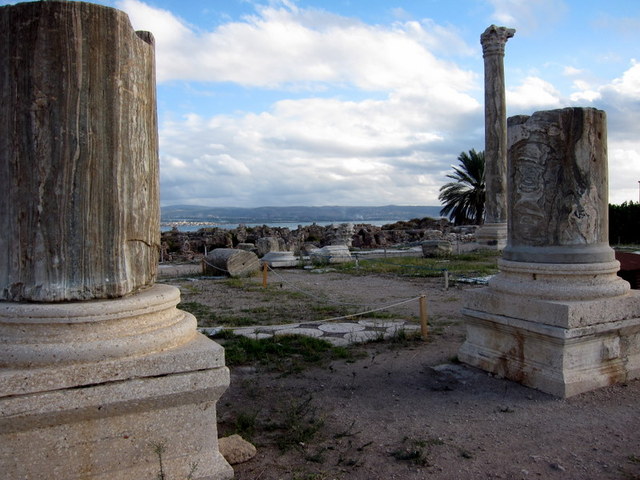 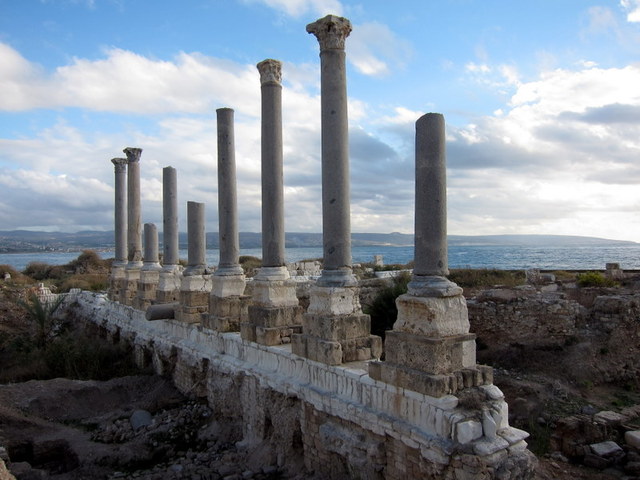 Like all Roman ruins, there are lots and lots of columns. You can even see the sea in the background! The Mediterranean is pretty neat. It was much nicer here than in Beirut, because it's not just a road and sidewalk running along the sea. Here you could actually smell and see the sea without as many assholes honking constantly. 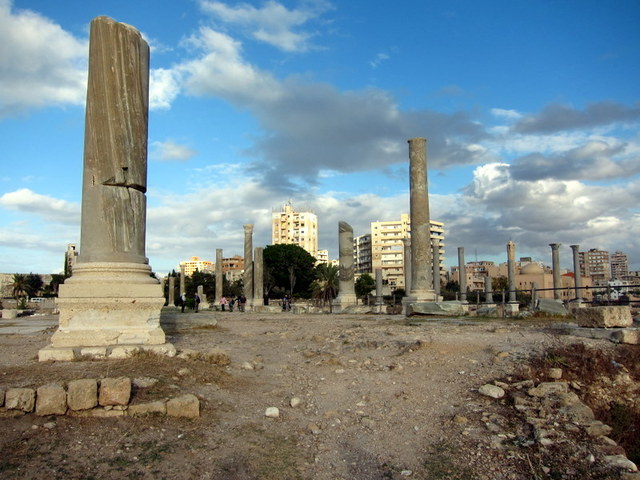 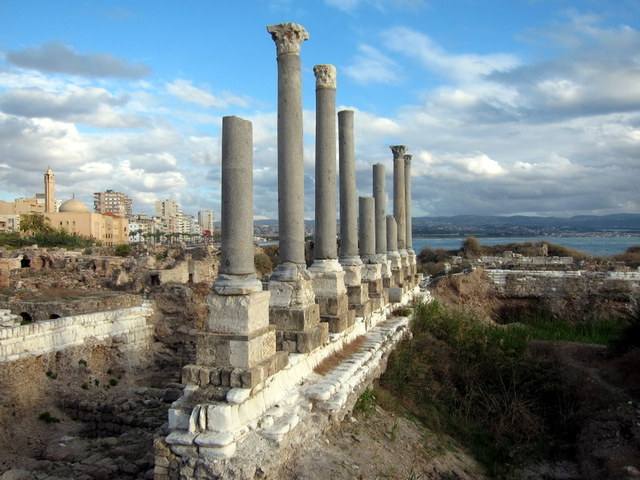 Finally, one last shot of the theater, with a mosque in the background: 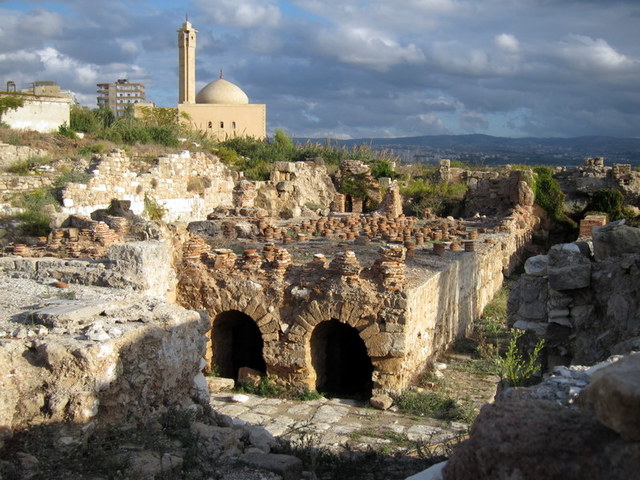 Coming soon: my life! With pictures!