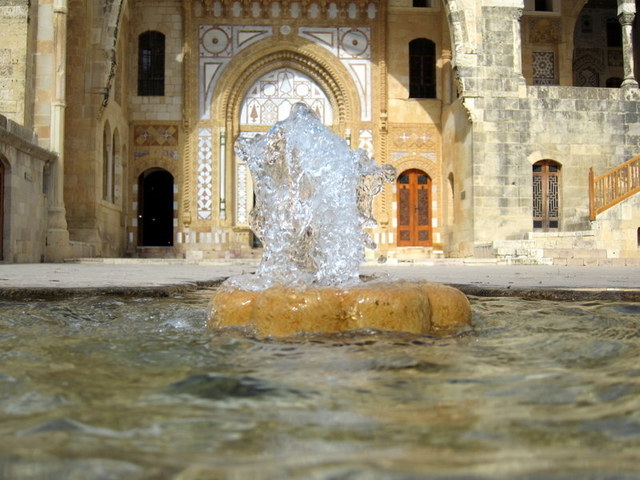 I lied about posting quickly. Three weeks ago we made our expedition to the southeast of Lebanon, in the Chouf region and the Beqaa valley. 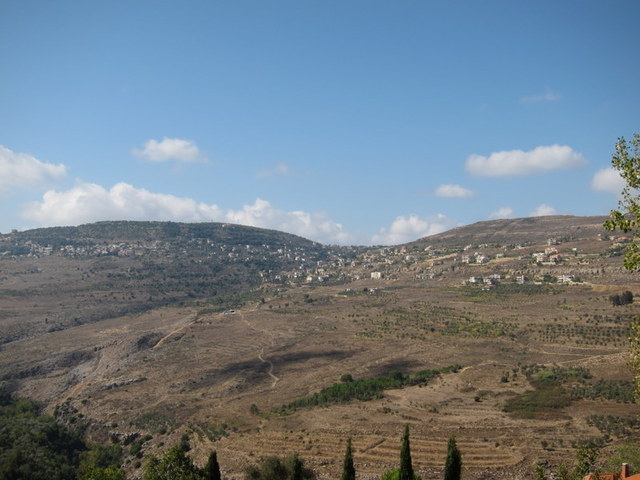 The Chouf is the heartland of the Druze community, but there is also a fairly large Maronite population as well. 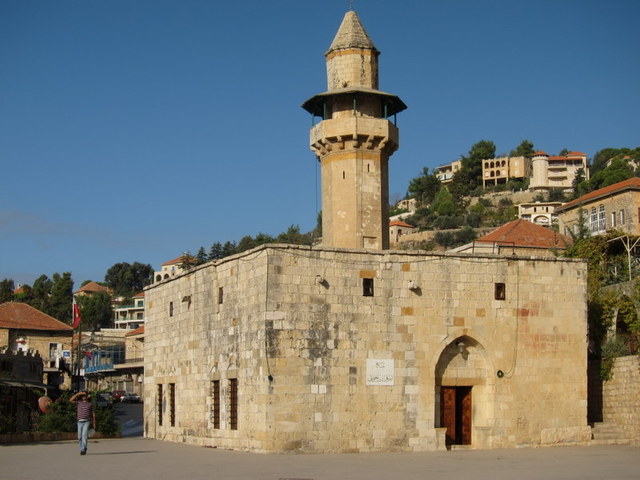 Our first stop was Deir al-Qamar, an old village where the governors of Lebanon resided between the 16th and 18th centuries. It was also at one point the literary capital of Lebanon. We walked around the village a bit and saw Fakhreddine Mosque, the oldest Mosque in Mount Lebanon, built in 1493. Pictured above. 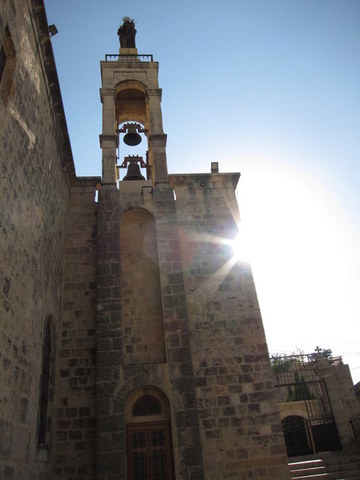 There was also a pretty cool Maronite church. After we finished walking around the Deir al-Qamar, we got back on the bus and drove to another village, Moukhtara. 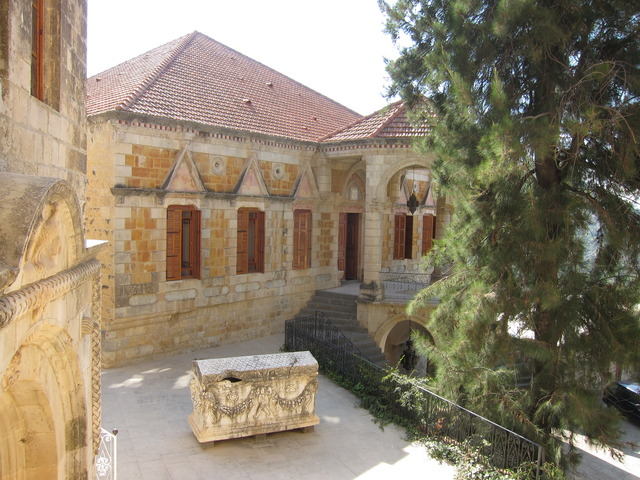 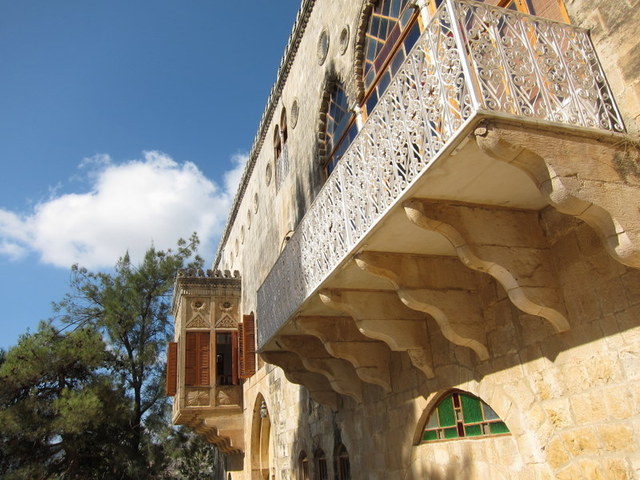 The Jumblatt family has been one of the most prominent Druze families in Lebanon for several centuries, dating back to at least Ottoman rule. They had also traditionally been rulers or governors of much of the Chouf valley. 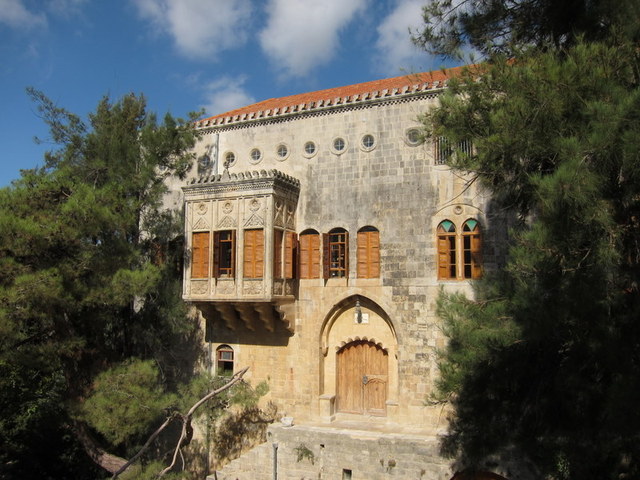 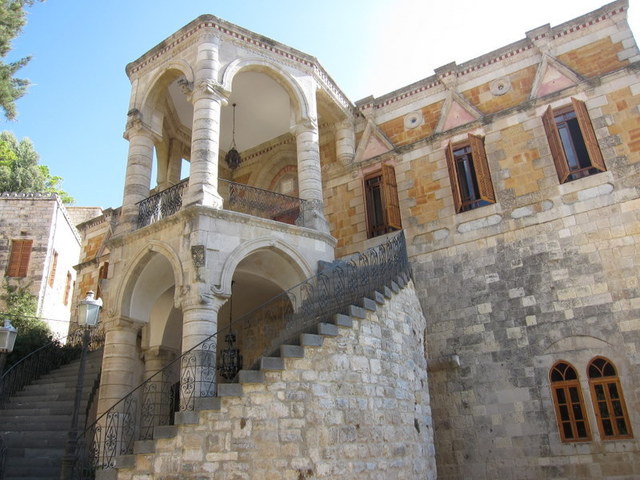 Kamal Jumblatt and the Progressive Socialist Party were some of the main actors in the Lebanese opposition during the civil war and lead many of the Muslim forces, eventually managing to control most of Lebanon until the Syrians intervened. Naturally, after the Syrians intervened, he was assassinated. 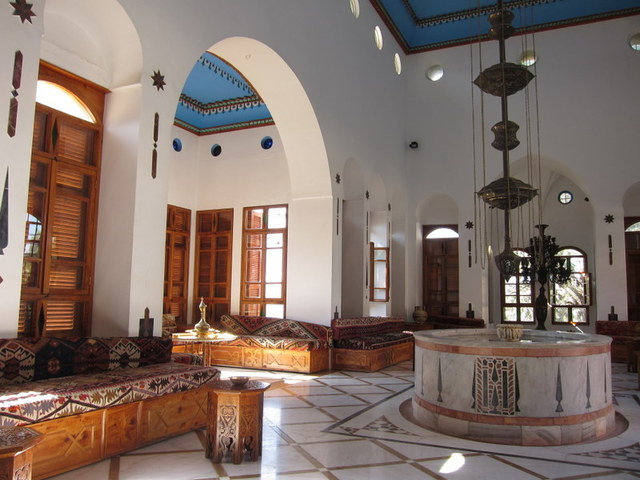 After Kamal's death, his son Walid became the prominent Druze politician and the head of the Progressive Socialist Party. He's known for rapidly shifting his political allegiance and that of his party in response to changing circumstances in Lebanon. He's been both pro- and anti-Syrian at various times depending on whether or not Syrian influence has been increasing or decreasing in Lebanon. 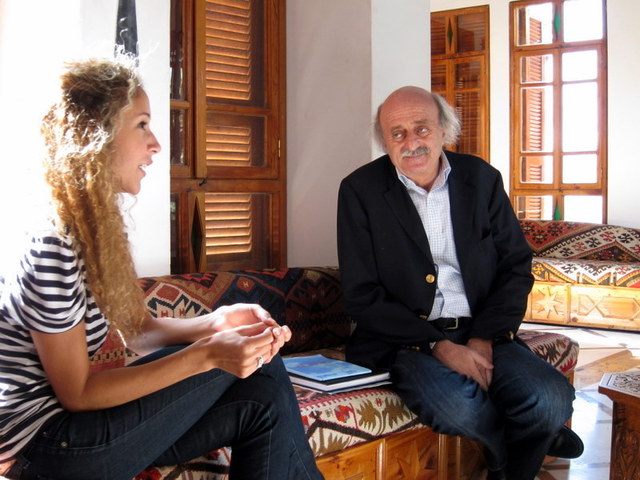 We met with Walid Jumblatt when we visited the palace, and asked him a few questions. The questions we asked were mostly pretty lousy, and he was extremely busy, as the palace was swarming with actual constituents to ask him question, so our meeting didn't last long. 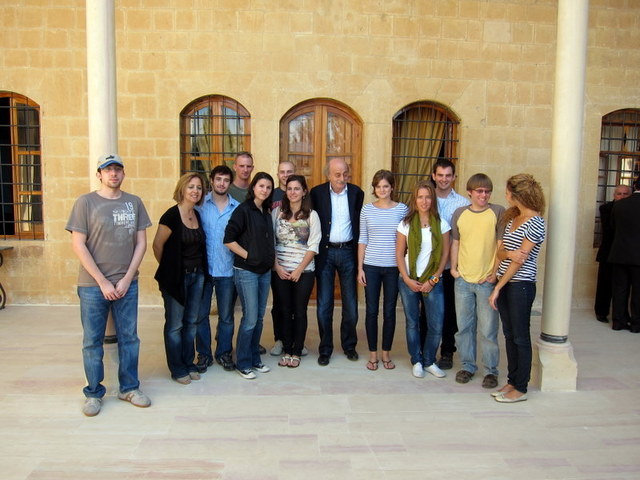 We did take a group picture though. 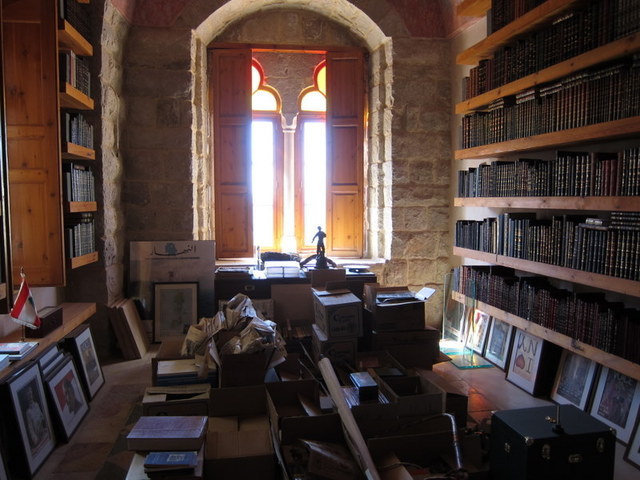 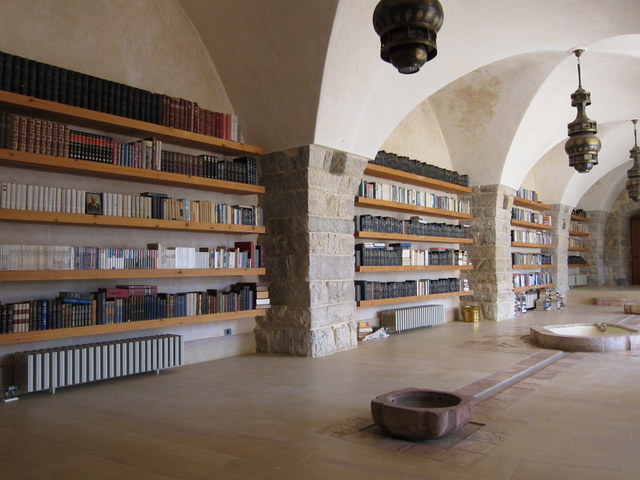 The Jumblatts have also amassed a massive collection of books and a huge library. It's pretty neat. 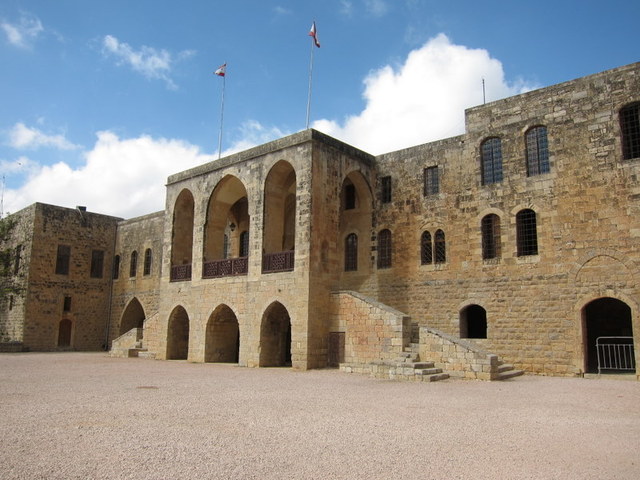 After we left Moukhtara, we visited Beit ed-Dine and Beiteddine palace. The local emir used to govern Mount Lebanon from Beiteddine until the Ottoman's exiled him in 1840. 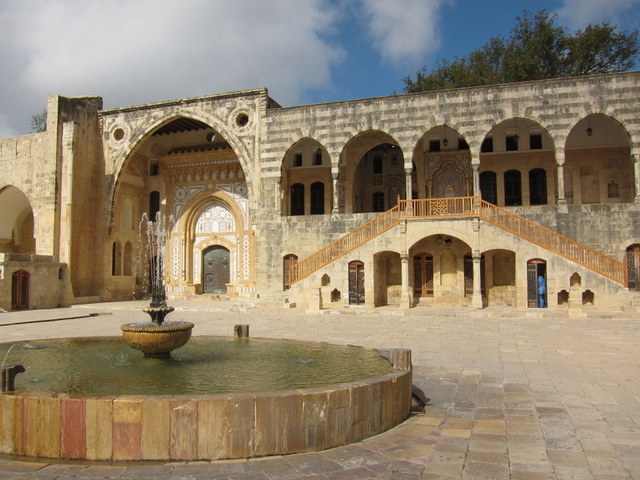 The Ottomans and later, the French, continued to use the palace for administrative purposes, and after independence parts of it became the summer residence for the Lebanese president. 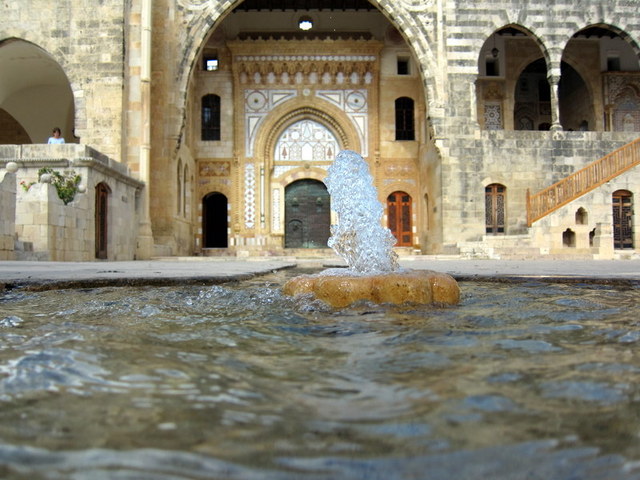 I really liked the fountain. 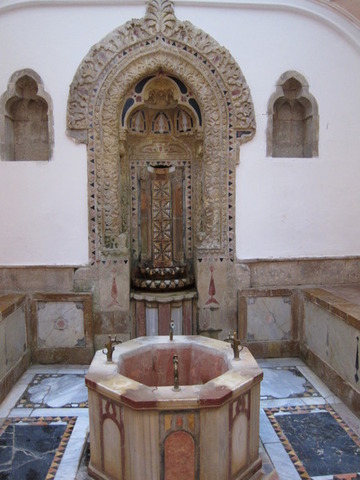 This is a room in the bathhouse of the palace.

Next time: the Beqaa valley portion of the trip.