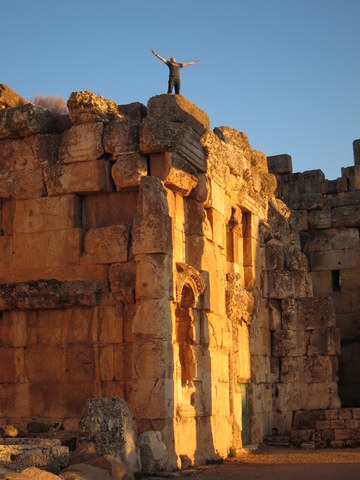 After Beiteddine, we got back on the bus and drove through some really dense fog to the Beqaa Valley. 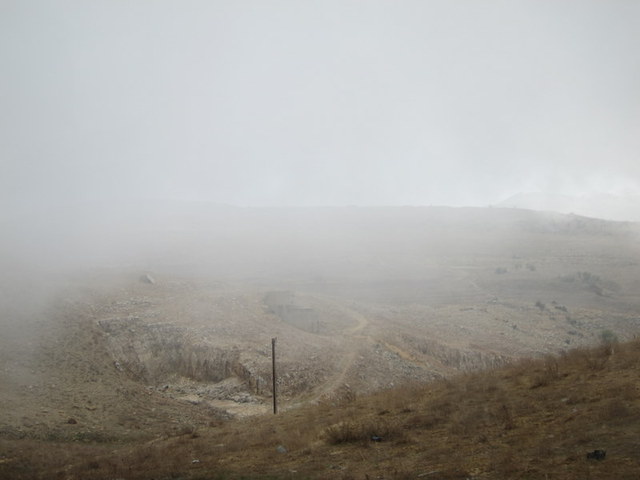 It was very foggy.

The Beqaa is one of the most fertile regions of Lebanon, known for its wine production. It's also the center of the countries drug production, including marijuana and opium. It was especially bad during the civil war, but there's still a substantial amount of cannabis produced. 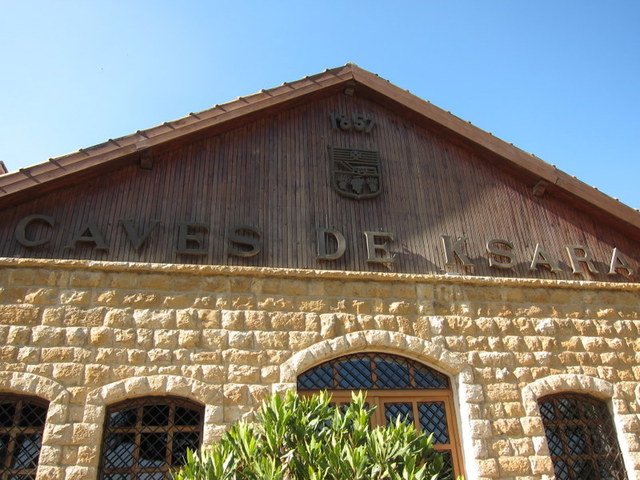 Anyways, that wasn't the purpose of our trip. Instead, we stopped at the Château Ksara headquarters. Ksara wines were first produced by Jesuit monks in 1857 until the Vatican encouraged its monasteries to get rid of their commercial activities in 1972. Ksara is the oldest and largest of the Lebanese winery and I'm pretty sure it's the only Lebanese wine I've had here. I actually like it, which was surprising. 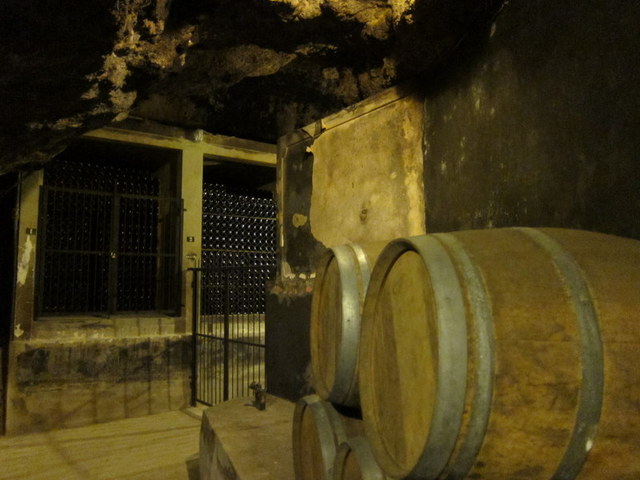 The winery is built on about 2 kilometers of Roman caves which apparently make excellent conditions for storing wine. After our tour of the caves, we had a wine tasting, which I somehow have no pictures of. We were given glasses of red, white, rose, and sweet wines. I'm not very fond of the sweet or rose wines, but I really liked the white wine and the red wine has since grown on me. 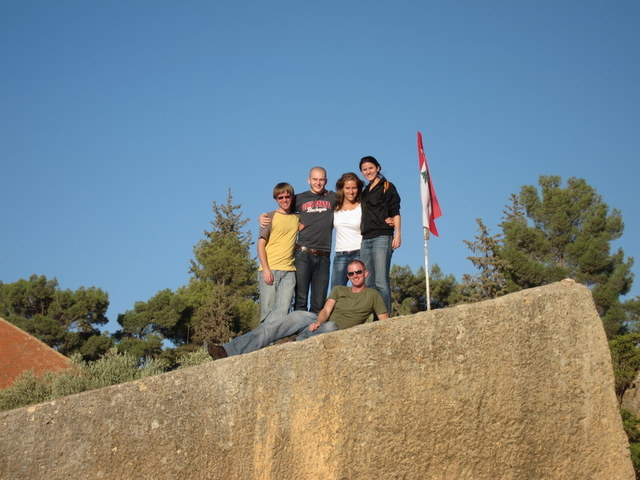 We drank some more wine on the bus as we drove to Baalbek. Our first stop was the Stone of the Pregnant Woman, which is advertised as the largest stone in the world, although Wikipedia claims a second monolith in the same quarry is larger. Regardless, it's pretty big. 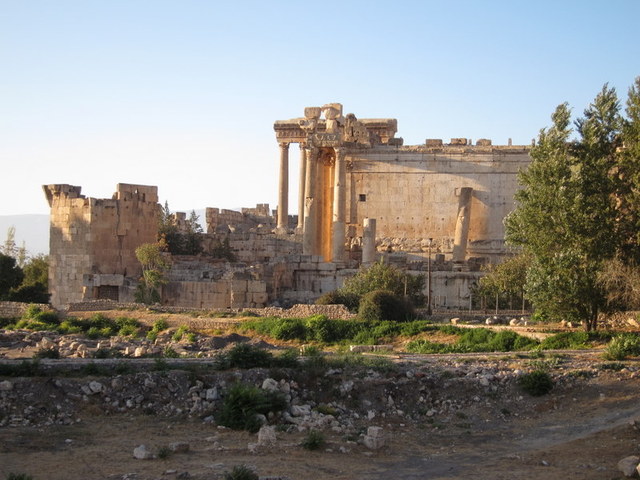 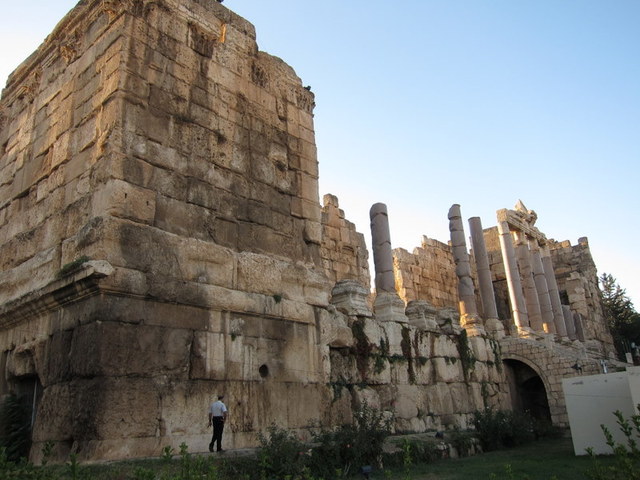 The Roman temples at Baalbek were apparently some of the largest Roman temples ever built and are still some of the best preserved. Naturally, when presented with one of the wonders of the ancient world, we decided to climb all over the ruins and see how high we could climb. 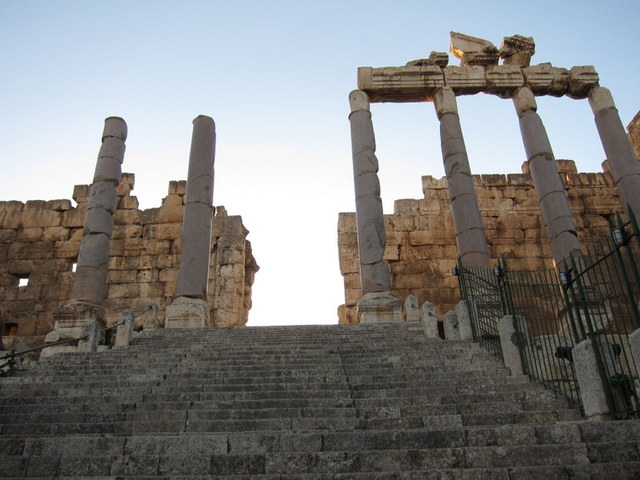 The answer, in case you're curious, is pretty high. Probably dangerously high given that there is no sort of supervision or boundaries to the temple complex because this is Lebanon. It's pretty spectacular. Oh, and right after we got off the bus I bought a Hezbollah t-shirt. My souvenier buying is complete. 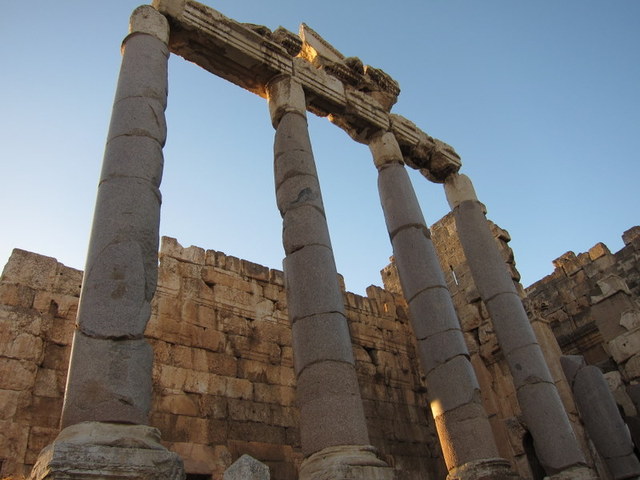 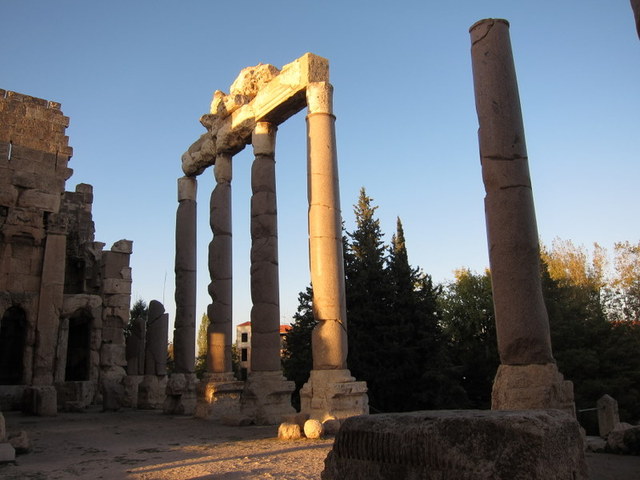 I think most of these columns are from the Temple of Jupiter. We didn't really progress to the other ruins, because yay climbing! 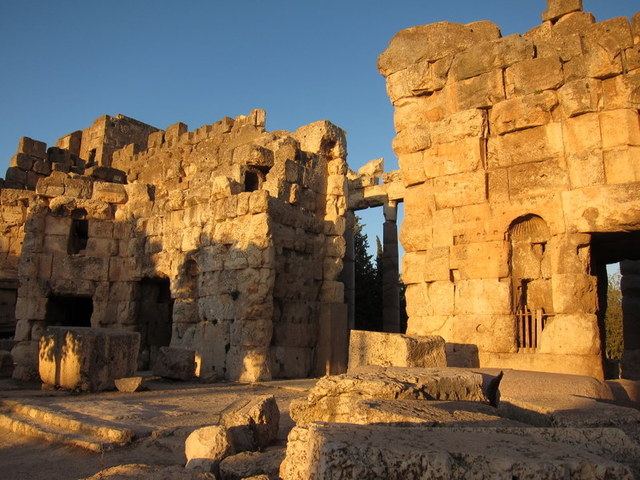 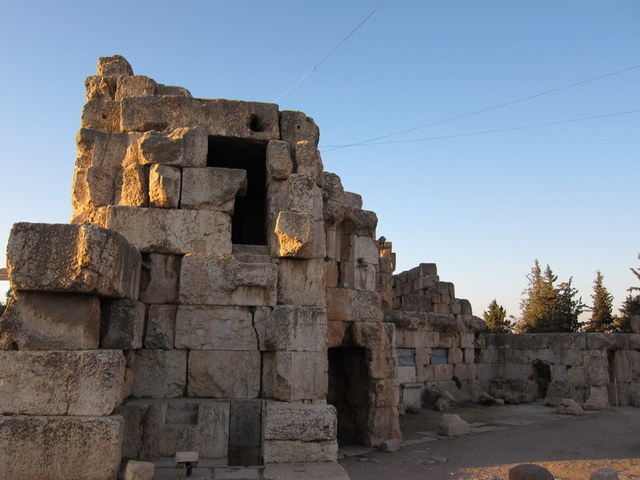 These walls might be part of the Temple of Jupiter or another building in the complex, I'm not really sure. Again, we were too busy climbing to care. 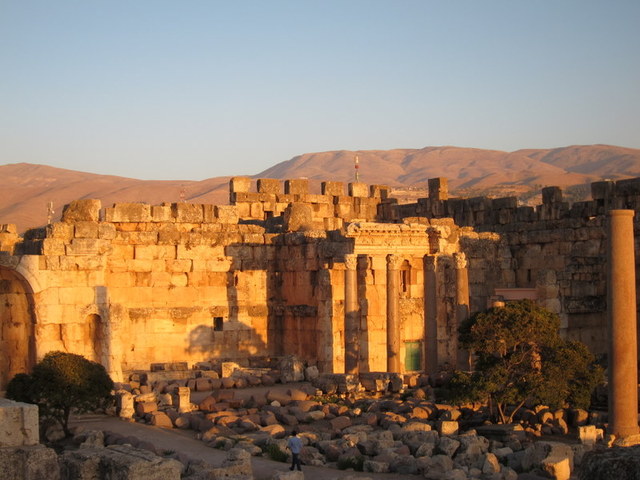 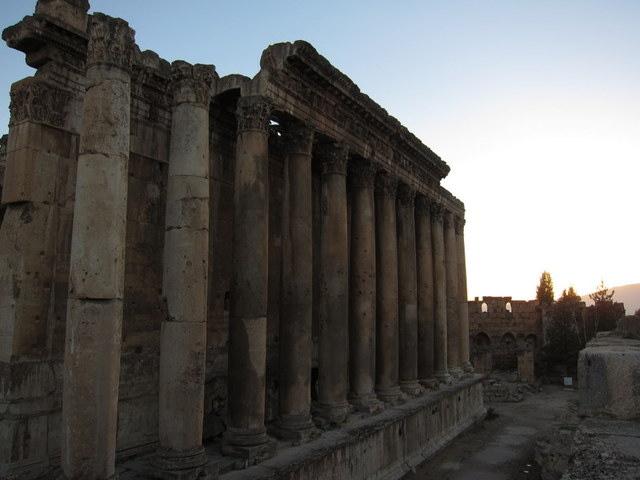 I have no idea what temple the first picture is from, but the second is definitely the Temple of Bacchus, which, despite it being incredibly well preserved and probably really cool, we didn't enter because we ran out of time.

After it got dark, we drove off to another town and ate a massive and delicious dinner at my Fusha professor's house. The meal itself was pretty standard foods, either Fattoush or Tabbouleh salad and Zaatar and Manoosh, but the deserts and sweets were delicious. Fresh vegetables and fruits are also always amazing, but the sweets were terrific. 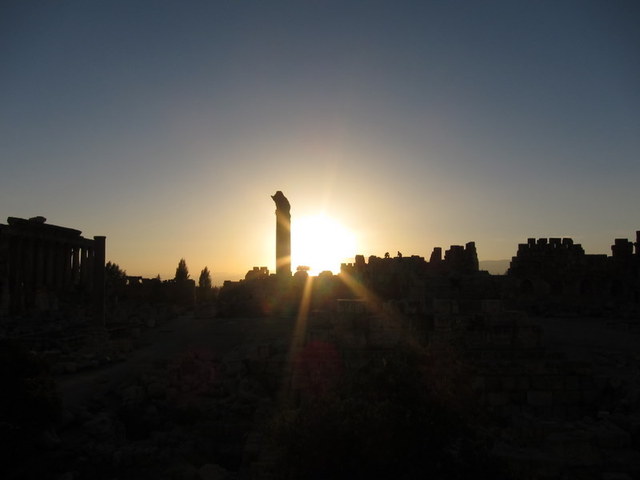 That's the sunset at Baalbek. Pretty, eh? Time for some life updates:

This week we only have class Monday and Friday. We get the rest of the week off for Eid al-Adha, which commemorates the willingness of Abraham to sacrifice his son to God. Next week we have Monday off for Independence Day. This whole having days off for holidays thing is strange coming from a Carleton.